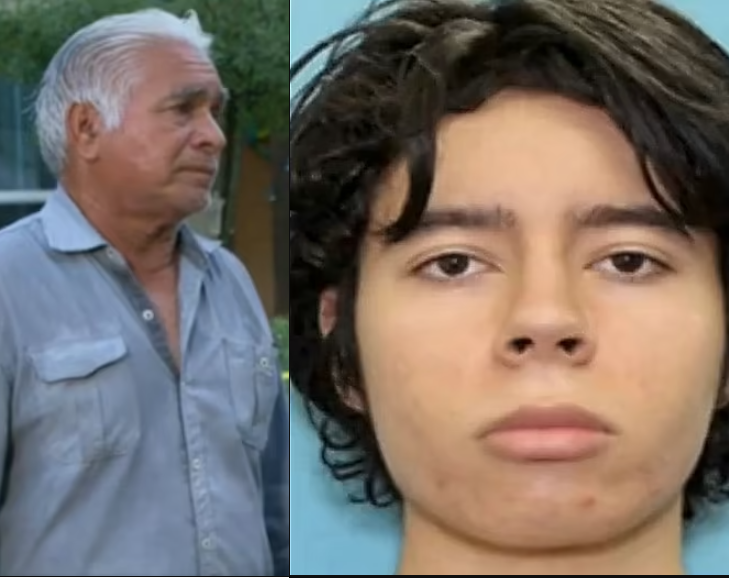 The grandfather of the Texas school shooter has revealed the family had no idea that he legally purchased two AR-15s last week.

Salvador Ramos, 18,  was shot dead by police yesterday after he killed 19 fourth graders and two teachers at Robb Elementary School in Uvalde, Texas.

He first shot his grandmother in the head at home, then stole her car and drove it to the school, crashing in a ditch before going from class to class to shoot dead people. He was later shot dead.

A Border Patrol agent who was nearby when the shooting began rushed into the school without waiting for backup and shot and killed the gunman, who was behind a barricade, according to a law enforcement official.

The agent was wounded but able to walk out of the school, the law enforcement source said.

Ramos had only turned 18 on May 16, before he went to buy two AR-15s and more than three hundred rounds of gun ammunition at the Oasis Outback store in Uvalde, a 10-minute drive from his house.

His grandmother, believed to be 66-year-old Celia Martinez, took him for dinner at Applebee’s to celebrate his birthday not knowing had plans to embark on a shooting spree.

On Wednesday morning, her husband Rolando Reyes, 74, told ABC News that neither of them were aware their grandson then bought the guns.

‘I didn’t know he had weapons. If I’d have known, I would have reported it,’ Rolando, who has a past felony conviction and cannot be in a home with firearms, said.

Ramos’s grandmother survived despite being shot in the head. She is in the hospital.

The shooter’s grandfather also revealed that he was quiet, but would sometimes go to work with him.

‘Sometimes I’d take him to work with me. Not all the time, but sometimes. This past year he didn’t go to school. He didn’t graduate. You would try to tell him but kids nowadays they think they know everything.

‘He was very quiet, he didn’t talk very much.’

The teen did not live with his mother because they had ‘problems’, the grandfather added.

According to him,  he was out of the house when the teen opened fire. It was a neighbor who called him to tell him his wife had been shot but by the time he got back to the house, Ramos had escaped in his grandmother’s car.

‘The neighbor called me and said she’d been shot. When I came over here he said he’d taken off. It still hasn’t sunk in,’ he said.

Before the shooting, Ramos told his friend that he ‘looked very different now.’

‘You wouldn’t recognize me,’ he messaged less than a week ago.

Ramos also messaged a Los Angeles-based woman on May 12 on Instagram, tagging her in a photo of the guns.