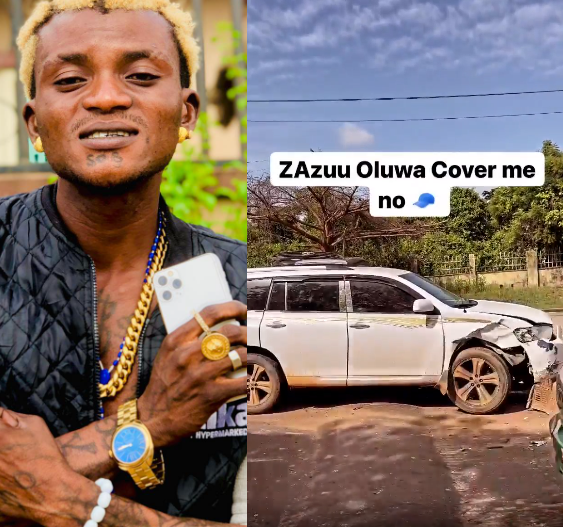 Habeeb Okikiola, professionally known as Portable Omolalomi, has survived another accident less than two months after he was involved in an accident with his Range Rover.

“They want to kill a superstar,” he said as he filmed his car at the scene of the accident.

He explained in the video that nothing happened to the other side of his car and the damage was only on the side where he was seated.

“Why is it that it’s only the place where I was that scattered like this?” he asked in pidgin.

He added again: “They want to kill superstar.”

JUST IN: 31 persons confirmed dead in a stampede at a church’s charity programme in Port Harcourt (Photos)