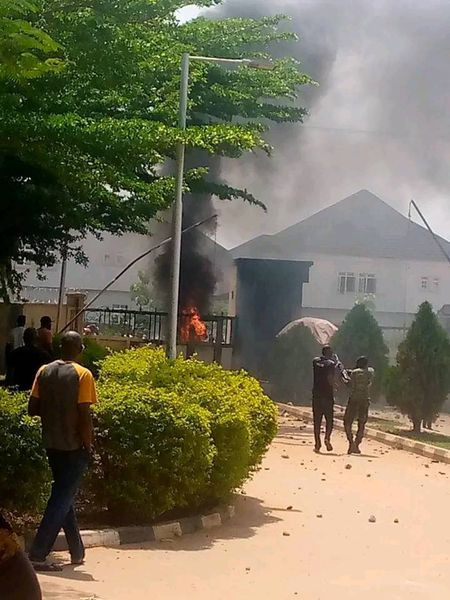 Over 100 commercial motorcyclists, popularly called Okada riders, today May 29, invaded the Same Global Estate in the Lokogoma area of Abuja to avenge the death of two colleagues.

According to eyewitnesses, the motorcyclists went on a rampage after two of their colleagues were allegedly knocked down by a motorcyclist in the area, killing them on the spot. The motorcyclist is said to have fled into the estate for safety after a mob threatened to beat him to death.

The aggrieved motorcyclists stormed the estate and then set fire on the security post.

The FCT police command, DSP Josephine Adeh, who confirmed the incident said normalcy has been restored to the area.