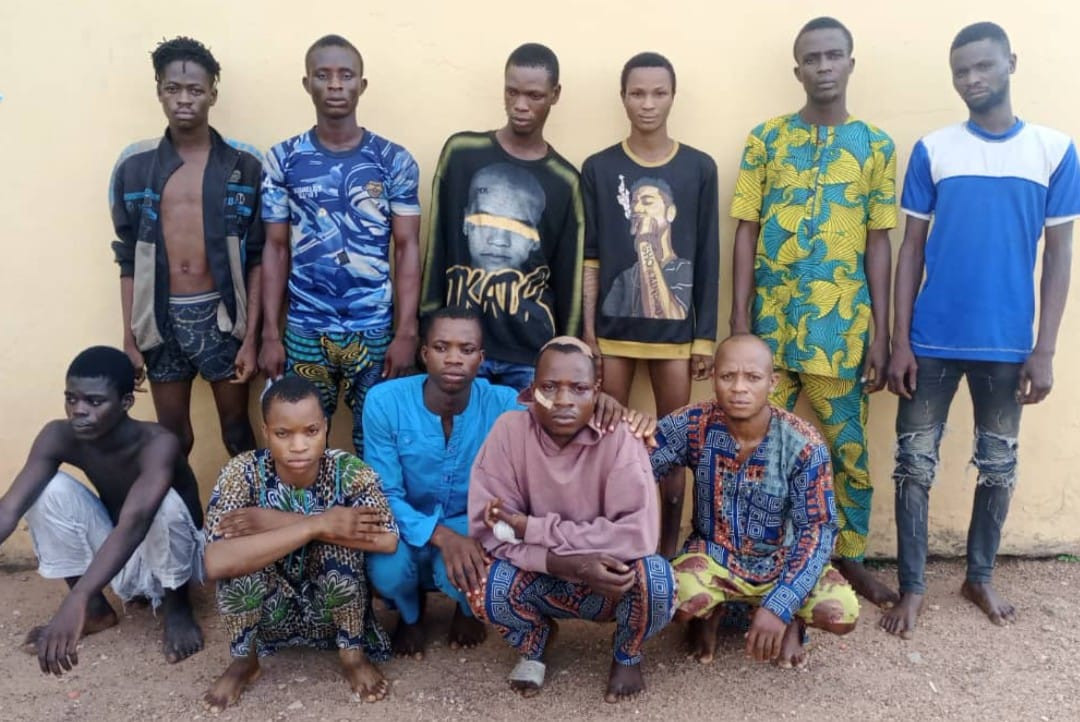 Operatives of the Ogun Police Command have arrested 11 suspected cultists for the alleged murder of three members of a rival group.

Spokesperson of the command, Abimbola Oyeyemi, who disclosed this in a statement on Sunday, May 29, said the suspects are members of the Eiye confraternity group who were allegedly involved in the recent cult clash in Abeokuta which claimed two lives.

One of the victims, Olaosebikan Tejuosho was killed by the suspects at Isale Abetu area on Friday, March 25.

The PPRO said the suspects were arrested at the Itoku area of Abeokuta following credible information received by the anti cult unit of the command that the cultists who were involved in a series of bloody cult clashes within the metropolis, were planning another onslaught.

“Upon receiving the information, the officer in charge of the anti-cultism unit, CSP Shobiyi Oluwatoshin, mobilised his men and moved to the area where 11 members of the group were apprehended,” the PPRO stated.

“On interrogation, the suspects confessed to be members of the dreaded Eiye cult group. They confessed their involvement in series of cult clashes one of which led to the killing of one Olaosebikan Tejuosho at Isale Abetu area of Abeokuta on 25th March 2022.

“They also confessed being responsible for the killing of one Habib Mego and one other person, known as School boy (real name unknown) at Omida area of Abeokuta, all on the same day”, Oyeyemi said.

He added that the commissioner of police, Lanre Bankole, has ordered a full-scale investigation into the activities of the suspects.

The CP also directed that other members of the group must be hunted down and brought to book.

The police boss vowed that the command would intensify the ongoing clampdown on cultists until the state is rid of the hoodlums terrorising the people.