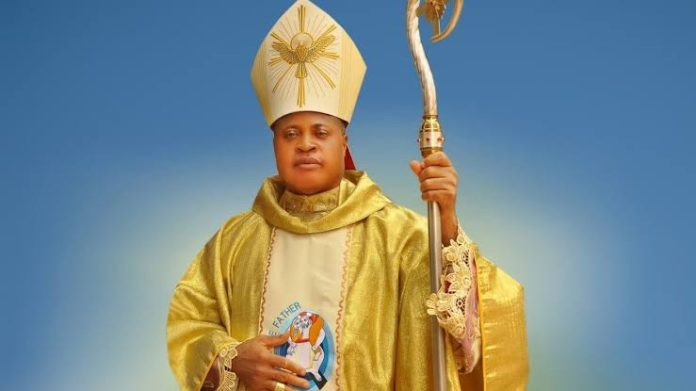 Catholic bishop of Ekwulobia, Anambra state, Peter Okpaleke has been named as one of the 21 new cardinals of the Catholic Church by Pope Francis.

The announcement was made on Sunday May 29, at the conclusion of the Regina Coeli, a prayer said by Catholics. In the list of new cardinals, eight are from Europe, six from Asia, two from Africa, one from North America, and four from Central and Latin America.

The college of cardinals is a body of senior priests who support the pope in overseeing the affairs of the church, and they also vote during papal elections.

The Pope was quoted saying;

“On Saturday, 27 August, I will hold a consistory for the creation of new cardinals. Let us pray that they will help me in my mission as bishop of Rome for the good of all God’s people.”