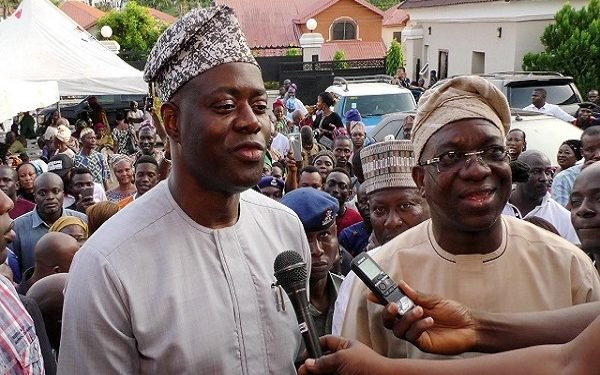 Days after Governor Seyi Makinde picked Bayo Lawal, a former attorney-general in the state as his new running mate ahead of the 2023 governorship election in the state, his current Deputy, Rauf Olaniyan has defected to the All Progressives Congress (APC).

Olaniyan announced his defection from the People’s Democratic Party (PDP) in his private office, Ojoo, Ibadan in a chat with reporters.

The new development is coming after it was reported that the governor and his deputy have been at loggerheads for more than a year, with leaders in the deputy’s camp accusing Makinde of breaching an agreement made before the last election that brought them in.