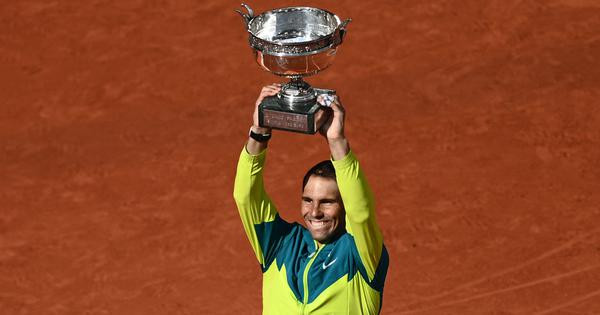 Nadal, has lost only three times at Roland Garros sincehis debut in 2005, (hence his tag as the king of clay court). He has been battling with injuries, so before the game the media was rife with rumours of retirement.

But he emphatically strolled past Ruud in their first competitive meeting to take him two titles ahead of great rivals Novak Djokovic and Roger Federer.

After winning the tournament, Nadal said;

“For me personally, it is very difficult to describe the feelings that I have,” he said.

“It’s something that I never believed, that I would be here at 36, being competitive again, playing on the most important court of my career one more time in a final.

“It means everything to me. It means a lot of energy to try to keep going. I just want to say ‘merci, merci beaucoup’.”

“I don’t know what can happen in the future but I am going to keep fighting to try to keep going.”

Ruud said: “This is a first time for me so let’s see how I do. The first and most important thing is to congratulate Rafa.

“It’s your 14th time, 22nd all round in Grand Slams. We all know what a champion you are.