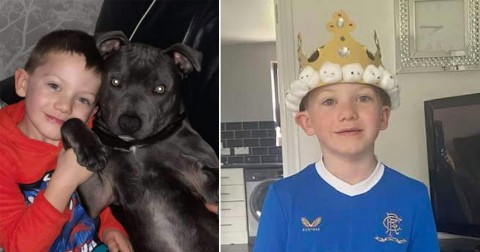 A six-year-old boy, Corey Aughey has died in hospital after drowning in a hotel pool in Majorca, Spain.

Corey Aughey from north Belfast, UK was rushed to hospital in a ‘critical condition’ from a hotel in the resort of Sa Coma, Spain, on Thursday, June 2 after being revived at the poolside by emergency responders.

He died on Sunday afternoon, June 5, at the Son Espases Hospital in the island capital’s Palma after spending three days in intensive care.

Corey was reportedly on the first day of a family holiday when the tragedy struck.

Unconfirmed reports claim Corey’s parents lost sight of him for several minutes before he was spotted floating face-down in the water.

Emergency responders are understood to have revived him after performing CPR before rushing him to hospital.

A spokesperson for the National Police in Palma said they were still awaiting more details and could not comment as at press time.

Corey’s family and well-wishers paid tribute to the ‘fun-loving’ boy;

I Was Not Involved In An Accident – Osinbajo Debunks Viral News