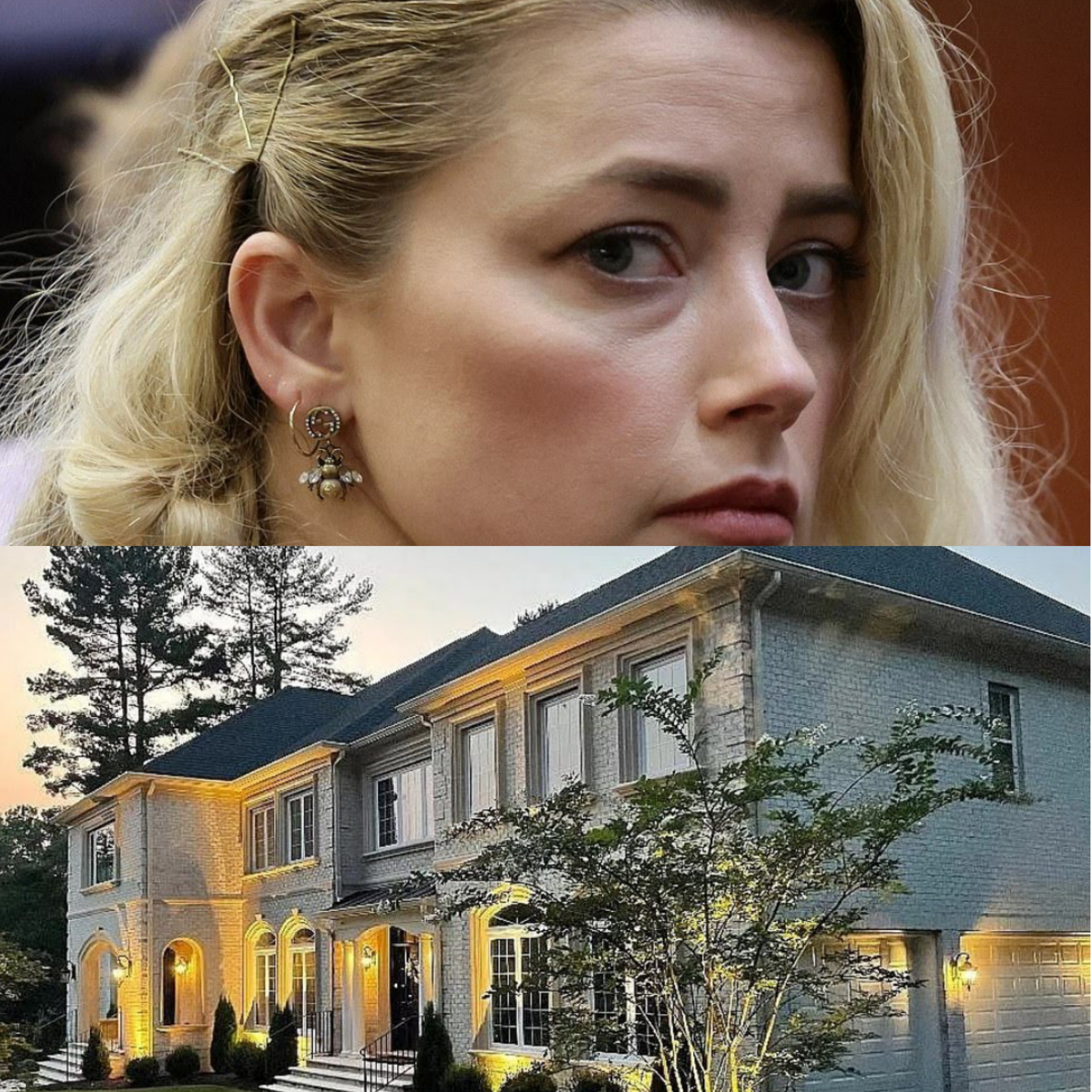 Amber Heard stayed in a $22,000-a-month mansion with tennis court, theatre and spa during defamation battle with Johnny Depp… but now says she can’t afford to pay him $8m (photos)

Hollywood actress, Amber Heard stayed in a luxury $22,500-a-month Virginia mansion during her  defamation trial against ex-husband Johnny Depp, it has been revealed.

She reportedly stayed in the 13,000 square-foot home throughout the trial, but now the 36-year-old says she can’t afford to pay $8million she owes her ex-husband after a jury ruled she defamed him.

The actress was ordered to pay Depp,  $15million – $10million in compensation and $5million in punitive damages.

The judge later capped the damages at the Virginia maximum of $350,000. Minus the $2million Depp was ordered to pay Heard, she owes him a total of $8.35million.

Heard’s attorney, Elaine Bredhoft then announced the actress cannot afford to pay the damages, and said she intends to appeal the verdict.

Despite her claims of financial woes, Heard lived in luxury with her family while the trial was going on, according to TMZ.

The house sits on an acre of land, and has a tennis court, a home movie theater, eight bedrooms, and a pair of sweeping staircases in the entryway.

“I fully accept and embrace the most peaceful religion on earth” – Nigerian man, Chigozirim says as he converts to Islam