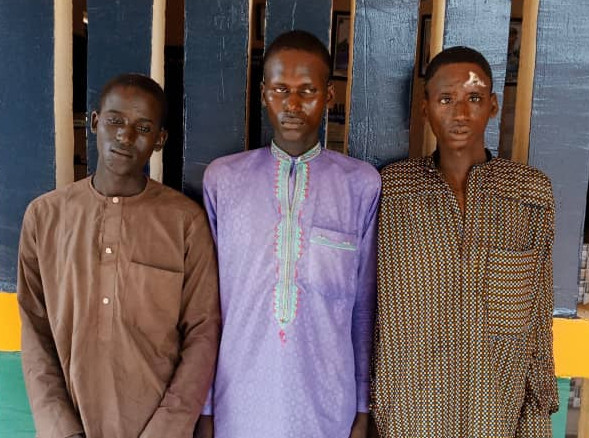 On the strength of that, the Commissioner of police, CP SK Akande ordered for immediate action, a prompt response by the DPO Gombi and members of vigilantes yielded positive result.

Investigation so far reveals that the syndicate has been terrorising villages and villagers around Gombi and Song local government areas.

The police Boss commended the effort of DPO Gombi, his men and members of vigilantes for their prompt response to the situation, and urged other DPOs to do the same in their various AORs. Meanwhile, he has directed O/C crack squad to take over the investigation and ensure prosecution.

He further directed that the  two fleeing suspects be traced for possible arrest. The CP assured members of the public on the unrelenting effort of the command in  protecting lives and properties .

Why do security forces always get “intelligent reports” about protests but never about killers murdering and burning people in broad day light?