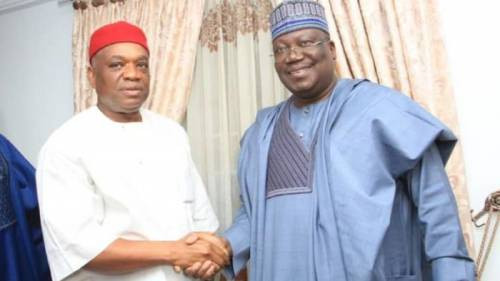 The Nation reported earlier that national chairman of the party, Senator Abdullahi Adamu made the announcement at the meeting of National Working Committee (NWC) on Monday June 6, in Abuja.

It was also reported that other aspirants including Asiwaju Bola Tinubu; Vice President Yemi Osinbajo; Dr. Kayode Fayemi and David Umahi, among others will however be allowed to contest the primary at the convention holding tomorrow at the Eagle Square, Abuja.

Reacting to the news, Orji Uzor Kalu who is also a former Governor of Abia state, wrote on his official Facebook account;

Buhari’s Presidency was delivered by thousands and voted for by tens of millions. No one can or should claim to have made it possible- Presidential aide, Garba Shehu writes days after Tinubu said he made Buhari President