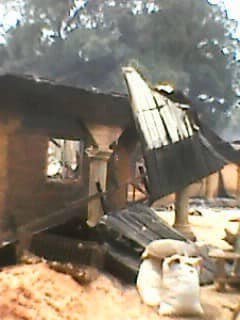 It was gathered that the attackers who stormed the community in the early hours of Sunday, June 12, also razed all the buildings.

According to the natives, those killed are all youths as the attackers left the children and women to escape unhurt.

“The attackers are Fulani herdsmen they stormed the community in a commando manner between 4 am and 6 am this morning (Sunday). They killed some of the youths in the village and spared the elderly, children and women as they allowed them to run away,”  a local said.

Confirming the attack, the chairman of the local government, Mrs Amina Audu, said nine corpses had so far been recovered from the scene.

She explained that though, three corpses had been brought to Okpoga, the local government headquarters and added that six more corpses were on the way.

“I had the report that the Fulani herders stormed Igama community between 4:00 am and 6:00 am today,” Mrs Audu stated.

“As I am talking to you now, am in the police station at Okpoga, three corpses have been brought from the community and people from the area just told me that they are on their way coming with another six corpses to be taken to mortuary.

“The attackers were said to have left women, children and the elderly to run away but attacked and killed youths in the community. So also, they burnt down all the houses in the community,” she added.

Spokesperson of the State Police Command, SP Catherine Anene, confirmed the attack to newsmen in Makurdi.

“The incident is confirmed but the command is yet to receive details from officers who went to the scene.” the PPRO stated.

Iconic boxer, Floyd Mayweather in tears after being inducted into International Boxing Hall Of Fame (photos)