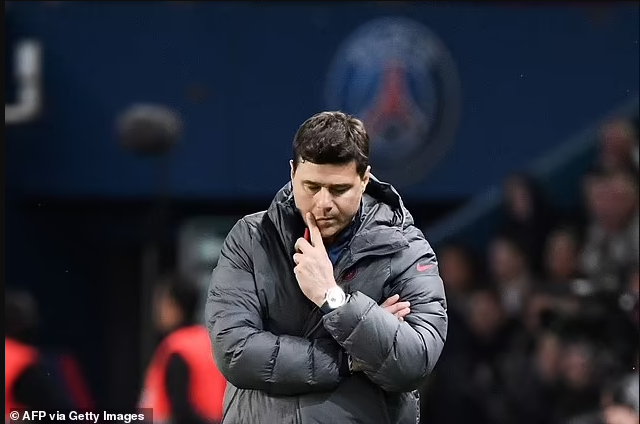 Paris Saint-Germain reach agreement with Mauricio Pochettino to sack him

Paris Saint-Germain have reached an agreement with head coach Mauricio Pochettino that will see the Argentine leave the club after 18 months in charge.

The Argentine boss has been in charge for 18 months and led the club to the Ligue 1 title in his first full season, finishing 15 points clear of second-placed Marseille.

Pochettino and PSG chiefs met last week for crunch talks, where they spoke about him leaving the Frech club.

It was gathered that the conversation produced a mutual decision that the former PSG captain will not continue in the Parc des Princes dugout, with both sides identifying a parting of ways to be the most sensible step.

After replacing  Thomas Tuchel in 2021, Pochettino led PSG to the Champions League semi-final, becoming only the second boss to guide the club to that stage of the competition during the Qatari ownership era.

His team were undefeated at home in the Champions League and Ligue 1 last season, but that didn’t stop him from getting sacked ahead of the 2022/23 campaign.

Zinedine Zidane is the club’s first-choice candidate to replace Pochettino due to his proven track record of success in the Champions League.