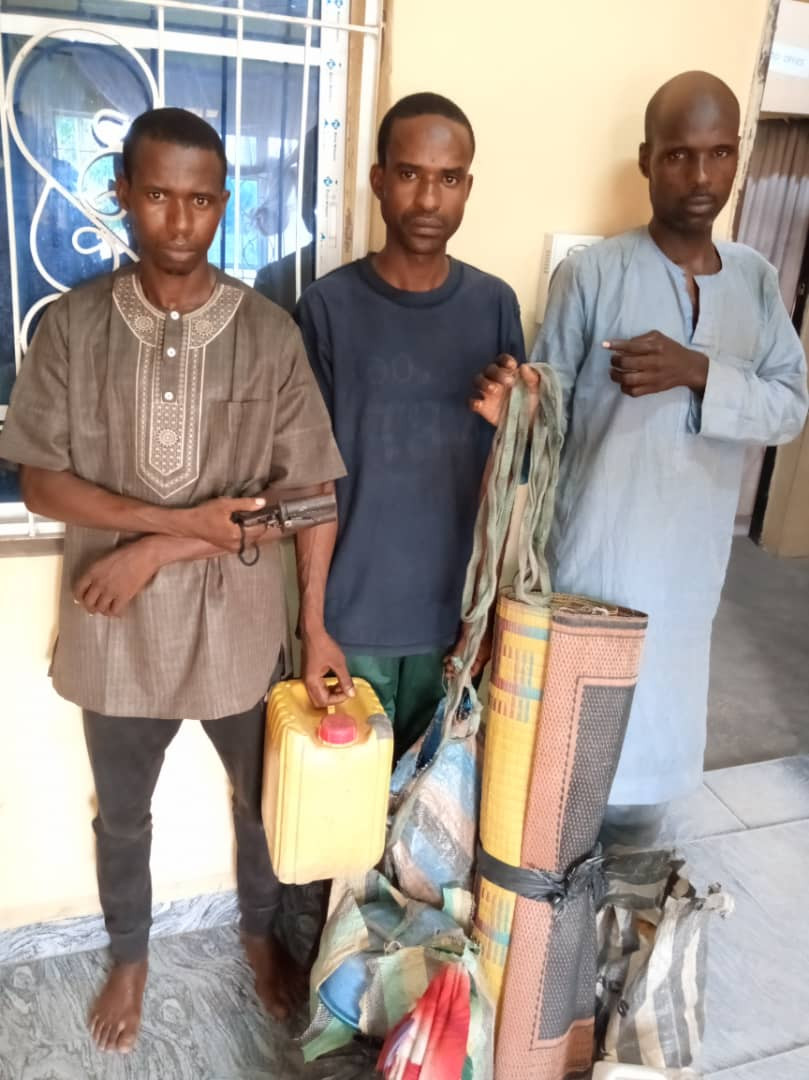 The three suspects accused of conspiring with others to aide kidnapping across Girei and Fufore Local Government Areas of the state, have been identified as Auwal Mohammed, 28 years old, Isa Umaru, 40 years and Rabiu Mohammed, 19 years.

The state Police Public Relations Officer, SP Suleiman Nguroje said the three are all members of the hunters association attached to Tambajam and Tsigire Villages of Fufore and Song LGAs as community vigilantees.

“Investigation so far reveals that the above suspects betrayed the trust reposed in them by community members as people protecting lives and properties, and went ahead supplying food items and other needs to their fellow kidnappers around that area.

“The police recovered one locally made pistol, one TVS motorcycle, food items, mats, ropes and other items from the suspects.”

Nigerian Pastor shows up in church with a gun (video)