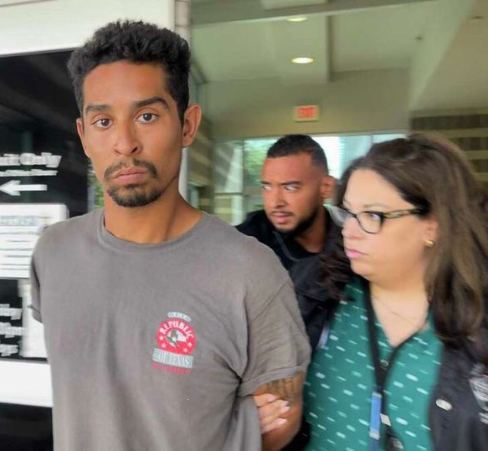 Mum hands over her son, 29, to police after he confessed to raping their neighbour, 68, in her home

A man has been charged with sexually assaulting his 68-year-old neighbour after his mum reported him to police.

Gino Anthony Bononcini, 29, from San Antonio, Texas, allegedly asked the victim to urinate in the toilet as he liked the sound before raping her.

He was arrested on Friday, June 10, by Bear County Sheriff’s deputies following the incident in April.

His mother handed him in after he told her about what he had done.

She said that her son told her that he had “violated” their neighbour after entering through a window at her home in the dead of night, according to reports.

She had previously been sleeping on her sofa and got up to use the bathroom by 4am, only to find that the intruder had broken in, reports the San Antonio Express-News.

The victim told the courts she recognised the man as he frequently visited the house next door and she even saw him two weeks before at a friend’s barbecue.

According to the reports, the victim only speaks Spanish so could not understand what Bononcini said to her when he was in the house.

When she screamed “don’t kill me,” he ordered her to “shut up”.

She claims he told her to urinate in the toilet as he enjoyed the sound and then took her to her bed and raped her.

According to his Facebook page, Bononcini works at a children’s hospital in his hometown.

He was linked to the crime through a DNA swab that was compared against evidence and was arrested as soon as the results came back, according to the sheriff.

National grid collapses for the fifth time in 2022

I left PDP because I don’t collaborate with cheats