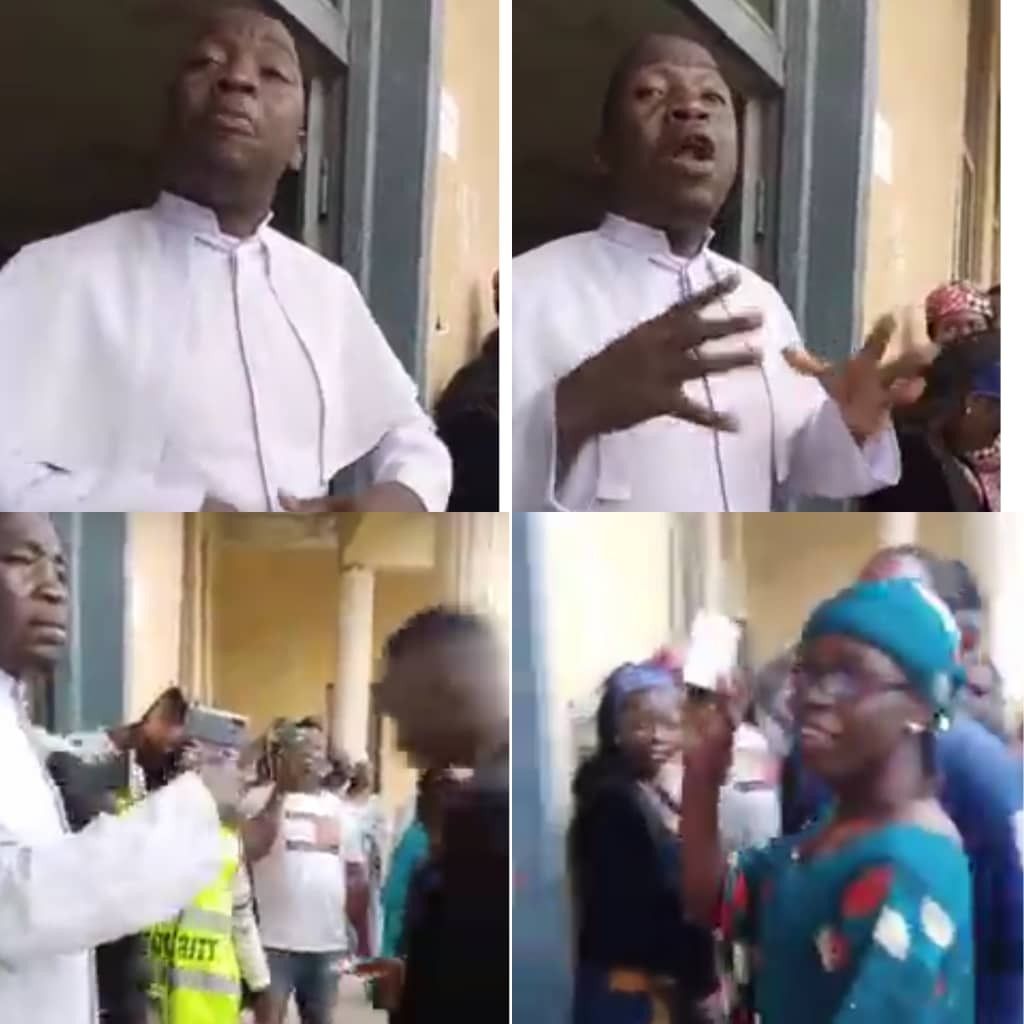 The Catholic Diocese of Pankshin in Plateau state has distanced itself from the actions of one of its Priests, Rev. Fr. Kefas Gogwim, who on Sunday, June 12, denied parishioners access into the church for failing to show their Permanent Voters Card PVC.

In a viral video, the clergyman could be seen stopping parishioners at the entrance of the church. He asked those with their PVCs to enter the church hall while those without their PVCs to return home. He said his action is to encourage his members to ensure they get their PVCs so they can participate in the forthcoming general elections.

However, in a statement released, the Director of Communications of the Diocese, Rev Fr. Andrew Dewan Danjuma, stated that the action of the priests does not have the approval of the Bishop nor is it a policy of the diocese.