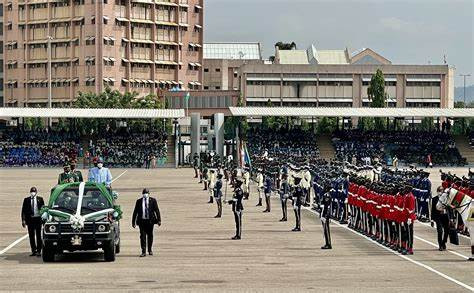 Three persons reportedly collapsed at the Eagle Square during the military parade to mark the Democracy Day ceremony on Monday June 13.

The Nation reported that those who collapsed during the parade are believed to be members of the different units of the military, who had been on their feet hours before the commencement of the event.

The colorful parade presided over by President Muhammadu Buhari, was already in motion when a bit of commotion broke out from behind one of the parties as some security and medical personnel were seen scrambling stretchers to move those who had collapsed for urgent medical attention.

They were rushed to the tents provided at the square for medical personnel where physicians successfully resuscitated them.

It was not clear whether they were able to return to their duty beats for the continuation of their duties.

Russia has earned $97bn on energy exports since invasion of Ukraine