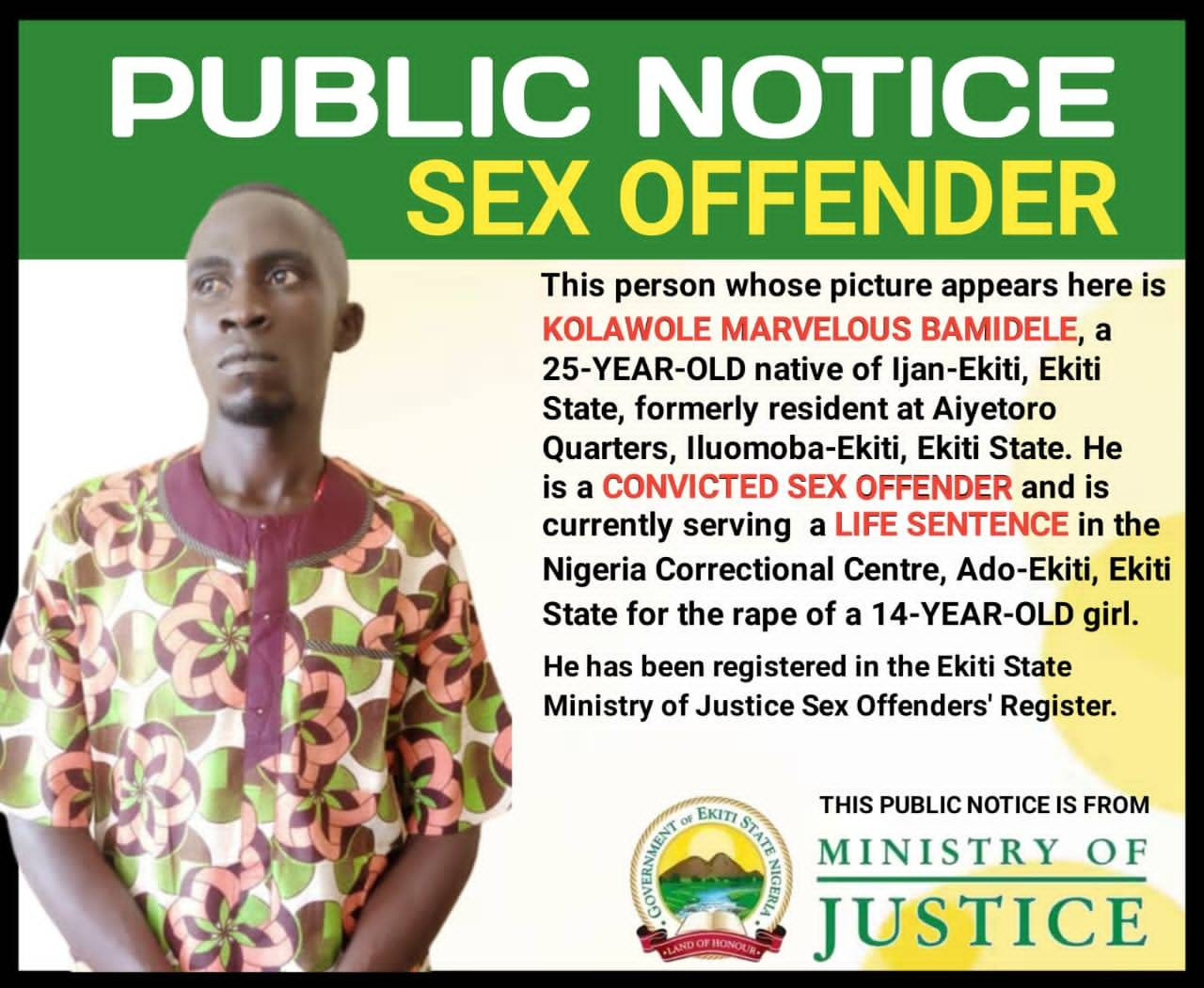 The Ekiti State Government has named and shamed a 25-year-old man, Kolawole Marvelous Bamidele, who is serving a life sentence at the Nigeria Correctional Centre, Ado Ekiti, for raping a 14-year-old girl.

A public notice posted by the State Ministry of Justice on Tuesday, June 21 stated, “The person, whose picture appears here, is Kolawole Marvelous Bamidele, a native of Ijan-Ekiti, Ekiti State, formerly resident at Aiyetoto Quarters, Iluomoba-Ekiti.”

“He is a convicted sex offender and is currently serving a life sentence in the Nigeria Correctional Centre, Ado-Ekiti, Ekiti State for the rape of 14-year-old girl. He has been registed in the Ekiti State Ministry of Justice Sex Offenders’ Register.”

Actor Yul Edochie’s first wife, May reacts after a fan asked her to put up her account number for crowdfunding