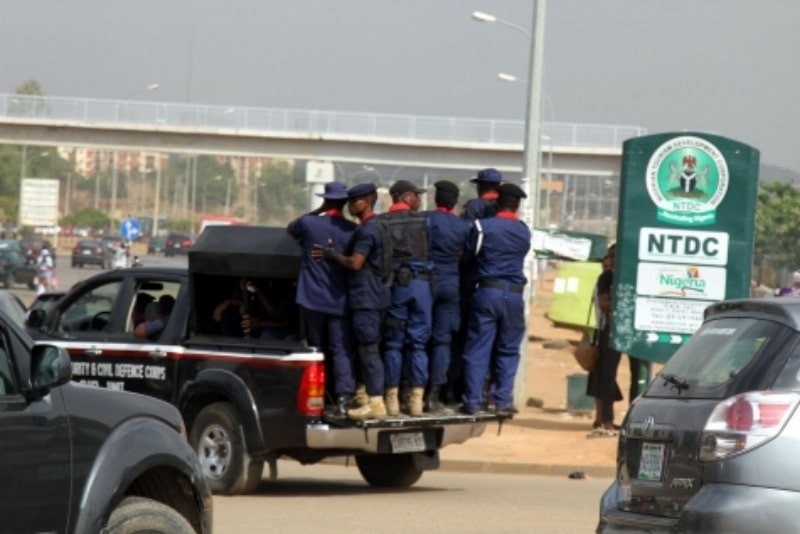 The  Nasarawa State Command of the Nigeria Security and Civil Defense Corps has arrested a 45-year-old vigilante official, Yusuf Dallah, for allegedly defiling a 13-year-old girl identified as Ummi in the state.

Parading the suspect before newsmen, the public Relations Officer of the NSCDC, Jerry Victor, said the minor identified as Ummulkhulthum Musa, who was suspected to have stolen some wrappers, was apprehended and taken to Vigilante office, Jos road in Lafia. The police boss said the victim was brought to the vigilante office over alleged theft and that Yusuf allegedly took advantage of the minor”s presence in their custody and defiled her

According to NSCDC Command spokesman, upon interrogation by the command when the minor was brought to the command, Yusuf confessed to the crime.

“The suspect Yusuf Dallah was arrested and brought to our office for interrogation and investigation when the victim reported the matter to her elder brother who later informed the NSCDC who swung into action that led to the arrest of the suspect.

When interviewed, the suspect denied committing the alleged offense and said investigations will set him free while the victim Ummulkhulthum Musa insisted that she was raped by the suspect.