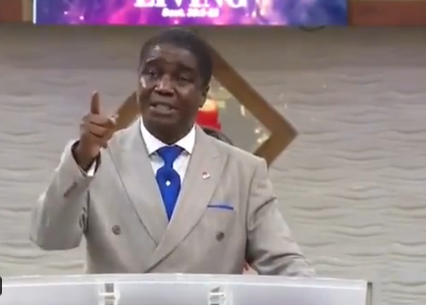 Clergyman, David Abioye, has said that in the 2023 general elections, Christians should ensure they do vote for people who care about other ethnic groups and not only Fulanis.

While speaking in his church recently, the clergyman also added that Christians should ensure they vote for people who can defend their faith.

According to him, the church has suffered so much with killings in different parts of the country, largely in Christian communities.

He also stated that it would be deceptive to say there is no religion in politics. He said Christians should not hide that they are voting for their faith.

Listen to him speak in the video below…

Full list of victims of the Owo church massacre