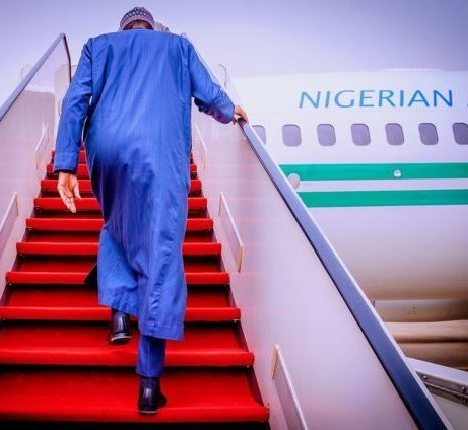 Buhari, 4 ministers, and others depart for Rwanda to attend Commonwealth summit

President Muhammadu Buhari has departed Abuja for Kigali, Rwanda, to attend the 26th Commonwealth Heads of Government Meeting (CHOGM), being held from June 20 to 26, 2022.

A statement issued by Femi Adesina, Special Adviser to the President on Media & Publicity, said that at the meeting, the President will join other leaders to participate in discussions focused on the progress and prosperity of the more than two billion people living in the 54 independent countries in Africa, Asia, the Americas, Europe and the Pacific that make up the Commonwealth.

The theme of CHOGM 2022 is “Delivering a Common Future: Connecting, Innovating, Transforming.” The Heads of Government are expected to reaffirm their commitment to upholding the Commonwealth Charter, which focuses on democracy, human rights, the rule of law, as well as economic opportunities and sustainable development.

President Buhari will attend the official opening ceremony on June 24, followed by high-level meetings of Heads of State and Government on Friday 24 and Saturday 25 June.

President Buhari is also expected to hold bilateral talks with some leaders from the Commonwealth countries.