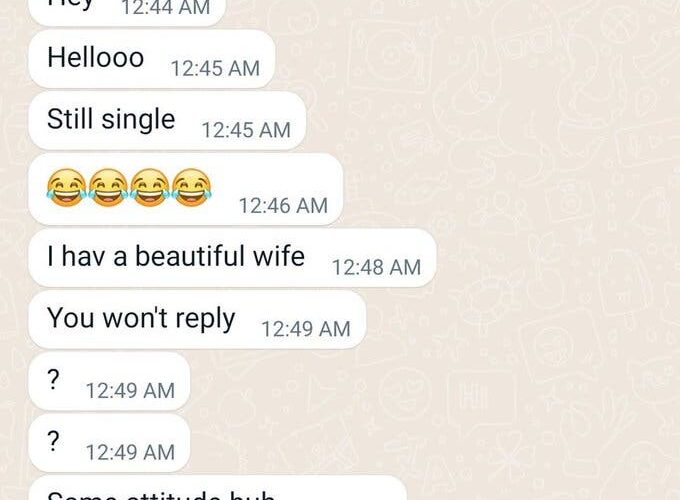 A Neurosurgeon has shared the type of message a former suitor she turned down years ago sent to her on WhatsApp, in jest of her relationship status.

According to the lady with Twitter handle @Neurochauhan, she refused to become his wife as part of an arranged marriage seven years ago.

Fast-forward to almost a decade later, the man who is now married decided to mock the doctor for being single years after turning him down.

He gloated to her about having a beautiful wife and suggested that she was unmarried due to her attitude.

Sharing the screenshot on Twitter, she wrote; ”Msg from someone whom I politely declined ARRANGED marriage proposal, SEVEN YEARS BACK!!!”

“I can cope with infidelity just not abuse” – Actress, Foluke Daramola-Salako

Reps To Investigate Quality of Toilet Disinfectants In Nigeria