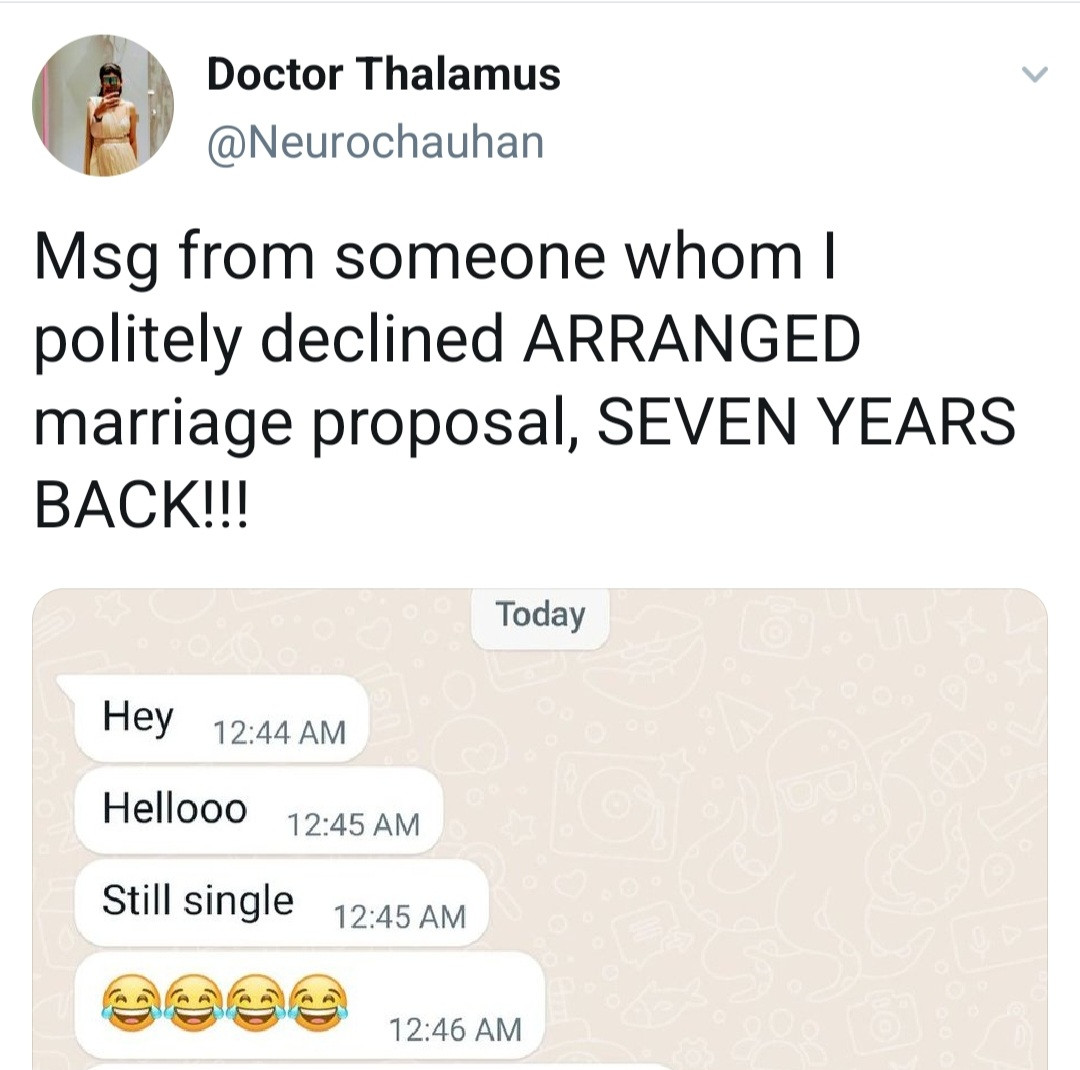 A neurosurgeon has taken to Twitter to share screenshot of a message she got from a man who she refused to marry seven years ago.

She revealed that the marriage was an “arranged” one and she politely declined.

Seven years after, the man sent her a message to laugh at her for still being single and to let her know he has a wife.

The surgeon didn’t reply him and this seemed to hurt his ego, so he accused her of still having the “same attitude”.