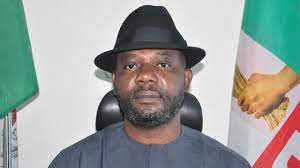 ‘Obidient’ movement only exists on social media. After the election, it will become obituary

The Bayelsa-born politician also boasted that the ruling APC will do extremely well in the 2023 elections. According to him, the party will secure nothing less that 2.1 million votes in the Niger Delta during the presidential election.

”“The APC will secure nothing less than 2.1 million votes from Escravos to Forcados, Brass to Bonny, in the Niger Delta. This is because our people are massively coming out to get their PVC and they know the right party and candidate to vote for when the time comes.”he said