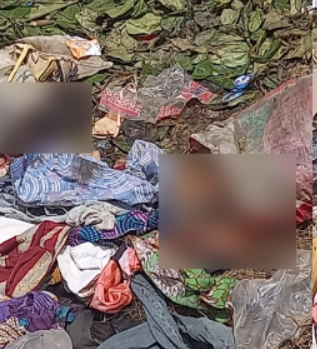 A Nigerian pastor and his son have been arrested by the Nigeria Police Force, Federal Capital Territory Command, over a mutilated female corpse dumped in a river in the area.

The pastor and his son were arrested on Monday, June 20, in the Kubwa area of Abuja.

A source told Daily Trust on Tuesday, June 21, that the pastor and his son were arrested after a tricycle rider approached the police and told them that he conveyed the three sacks used in concealing the remains of the victim and those of the animals.

The source said: “The son lied to the Keke rider that the sacks were scraps and asked him to take them to the PW Bridge dumping site. The rider charged him N1,000.

“It was the following morning after the baban bola (scavengers) broke the bags in their usual search for items that they discovered the contents and alerted people. The information got to the Keke rider and he voluntarily led the police to the church.”

Around 3pm on Monday, police led the pastor’s son, who was in handcuffs, and the pastor into a police van.

The police later returned to the area on Tuesday afternoon, June 21, to make further searches of the building before they sealed the church premises.

The father and son remain in police custody.