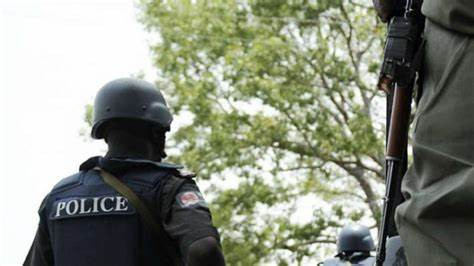 Police parade suspect’s mother and landlord as accessories to robbery

A suspect has been arrested by the police for robbing people in Idanre, Idanre Local Government Area of Ondo State.

The 22-year-old suspect was paraded alongside his mother and his landlord who were accused of being accessories to the crime by the police.

Upon being interrogated, the suspect told the police that the desire to buy a motorcycle for commercial use led him into the crime.

He however called for the release of his mother and landlord, while also insisting that they know about the crime.

“Actually, I don’t know what came over me because I started stealing since the beginning of 2022 though my mother doesn’t know about it; she knows me as commercial motorcyclist.

“My mother was only involved when I stole N750,000 from one man and she acceded to my request to follow me to a motorcycle dealer without explaining the source of the money.

“I was arrested at another place where I went to rob a couple.

“The husband gave me N50,000 after which I ordered his wife to go into her room for a search, but as she entered I asked her to lie on her bed.

“The wife was on the bed when she raised an alarm that I was about to rape her. The husband and four others immediately barged into the room, overpowered me and collected my gun.

“My landlord was arrested because his son is my son’s namesake. It is a case of mistaken identity.

“After I was arrested and beaten at the scene of robbery, I was taken to a hospital for treatment, and my landlord’s wife works there.

“On getting to the hospital, I saw my landlord’s wife and I called her to explain what brought me there, but people thought her husband must be one of my accomplices.

“I am begging that my mother and my landlord should be released because they know nothing about the crime.’