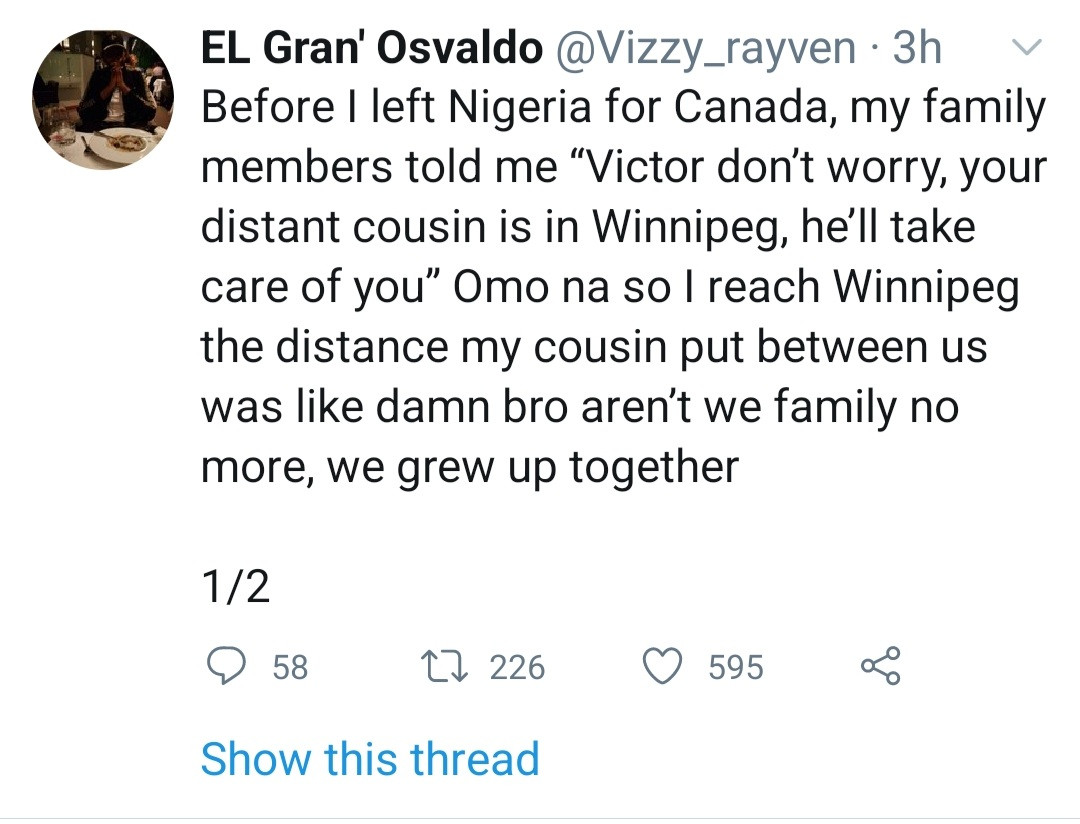 A man has taken to Twitter to narrate how the cousin he was relying on disappointed him when he moved to Canada.

He said that before he moved to Canada, his couisin promised to be there for him and offer him guidance. However, when he arrived, he said his cousin put distance between them and wouldn’t even answer his calls.

He added that it was total strangers who ended up assisting him.

“Sometimes, family is just blood. A stranger can do what a family member can never do for you,” he wrote.