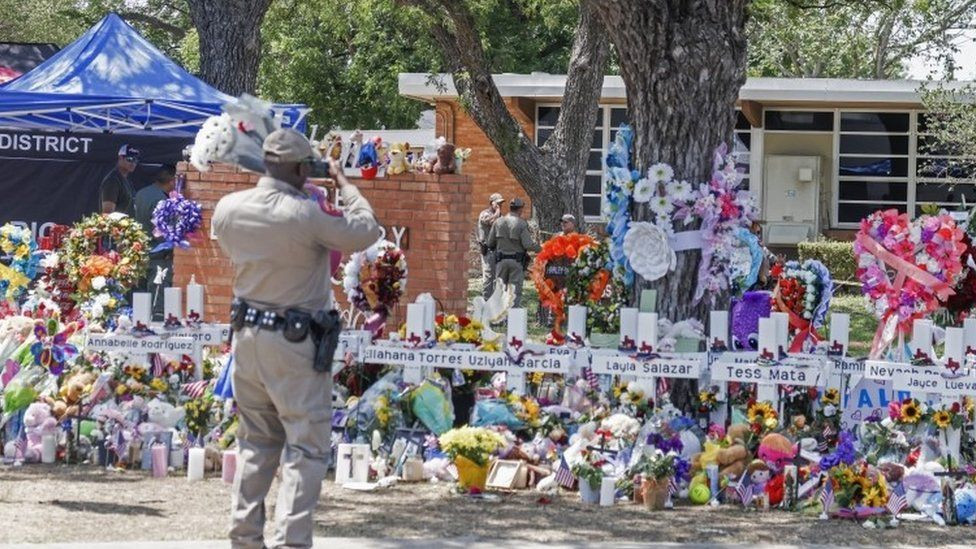 Robb Elementary School in Uvalde, Texas, the school where a gunman killed 19 students and two teachers – will be demolished, the city’s mayor has said.

Mayor Don McLaughlin made the claim on Tuesday, June 21 at an emotional council meeting with residents demanding answers over the shooting.

The mayor however did not say when the school would be demolished.

Public anger has risen in among the town’s residents since the May rampage, with police accused of waiting over an hour to confront the assailant.

Robb Elementary has nearly 600 students in the second, third and fourth grades

“My understanding – and I had this discussion with the superintendent – is that school will be demolished. You can never ask a child to go back or teacher to go back in that school ever,” McLaughlin said.

Robb Elementary will not be the first school to be demolished after a mass shooting.

Sandy Hook Elementary School in Newtown, Connecticut, was demolished after 20 students aged six and seven years old and six staff members were shot in 2012. A new school was built on the same land.

Texas’s public safety chief said on Tuesday there were enough police on the scene in Uvalde to have stopped the gunman three minutes after he entered the building. But police waited for more than an hour outside classrooms before a team made entry.

Steven McCraw told a state Senate hearing the police response was an “abject failure” and accused the on-scene commander of putting officers’ lives above the children’s.

The attack by an 18-year-old identified as Salvador Ramos – has led to renewed national debate about gun regulations.