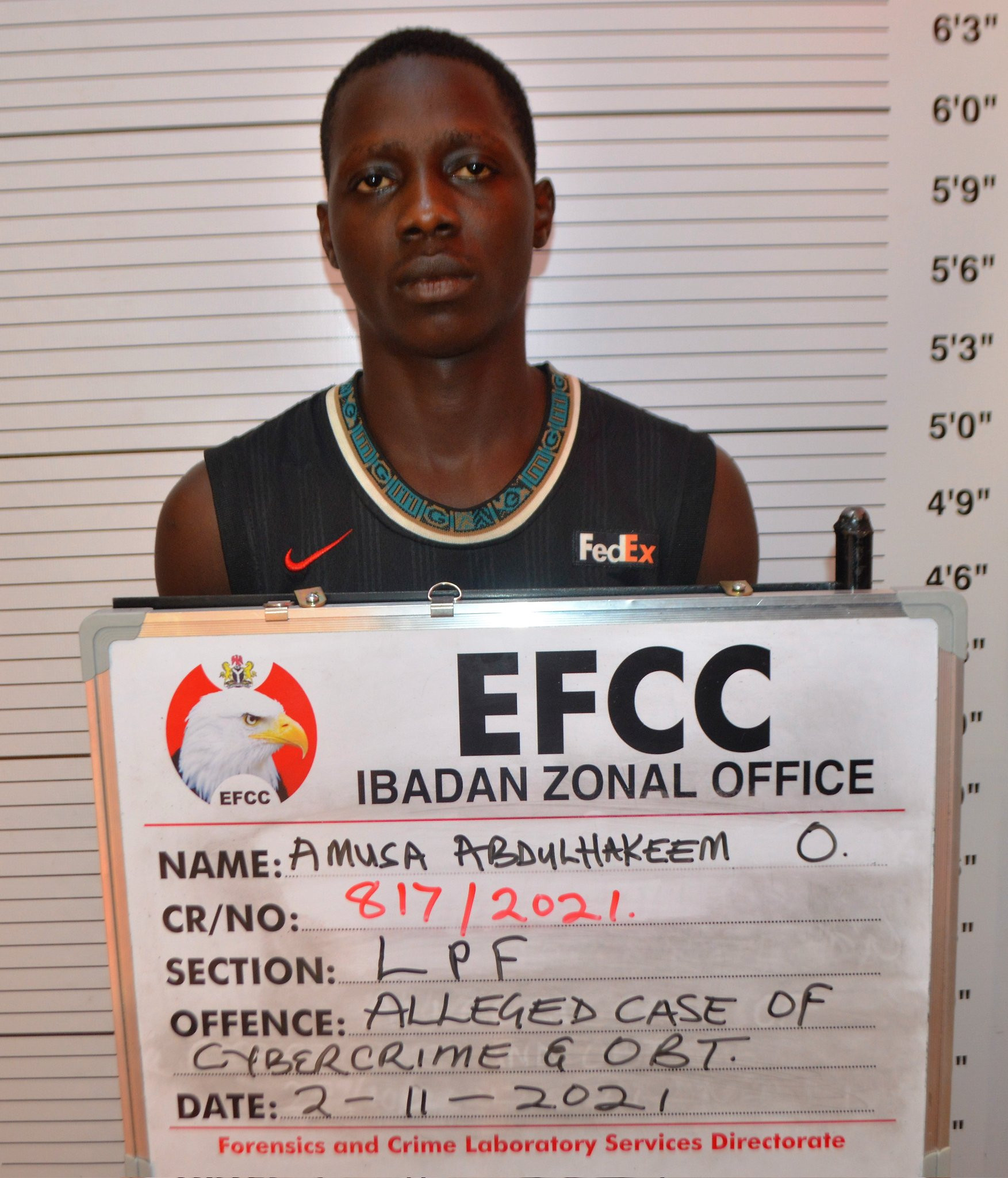 Yahoo Boy to wash toilet for eight months in Osun

According to a press release signed by the Head of Media and Publicity of the Commission, Wilson Uwujaren, Amusa Abdulhakeem Oluwasegunfunmi, a final year student of Transport Planning Management at Tai Solarin University, Ijebu Ode, Ogun State, was sentenced to eight months community service for fraudulent impersonation.

The others are Amusa Abdulhakeem Oluwasegunfunmi, Ajisafe Sodiq Olaide, Lawal Samuel Morenikeji, Osuolale Abdullahi Abiodun, and Olamilekan Ridwan Taofeek. The statement said they were convicted on separate one-count charges each for offences relating to cyber-fraud.  Upon their arraignments, they pleaded “guilty” to the charges preferred against them by the EFCC.

Given their pleas, the prosecution counsel urged the courts to convict and sentence them accordingly.

Consequently, Justice Ayo-Emmanuel of the Federal High Court, Osogbo, Osun State convicted and sentenced Oluwasegunfunmi, to eight months of community service for fraudulent impersonation, contrary to section 22 (2) (b) (1) of the Cybercrimes (Prohibition, Prevention etc.) Act, 2015. The sentence requires him to clean the toilets at Ataoja School of Science, Osogbo, Osun State.

Also, the court ordered that the convict’s attendance register be kept by the School Principal and submitted on completion of his term.

In the same vein, Justice Omolara Adeyemi of the Oyo State High Court convicted and sentenced Lawal Samuel Morenikeji to six months of community service; Osuolale Abdullahi Abiodun and Olamilekan Ridwan Taofeek to one week of community service as their offences violate Section 484 of the Criminal Code Cap 38 Laws of Oyo State, 2000.

The courts ordered that the convicts restitute their victims and forfeit all items recovered from them to the Federal Government.

Late Gospel singer, Osinachi Nwachukwu to be buried in Abia this Saturday