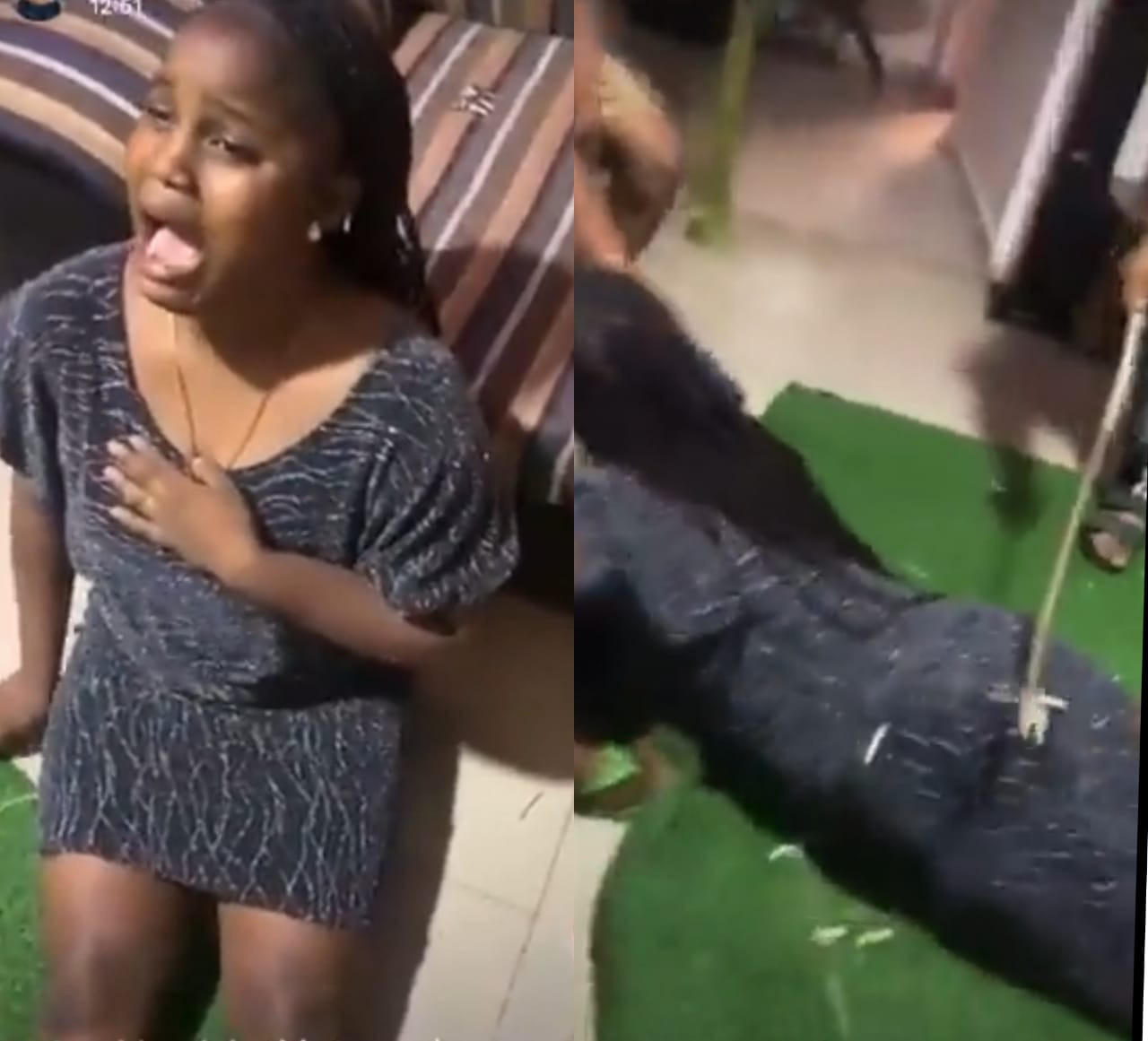 Lady flogged by her boyfriend in Kwara speaks, says sending him and his friends to jail will do nothing as what has happened has happened (video)

Aduke, an HND1 student of Bartholomew College of Health Shao, Kwara State, whose boyfriend flogged after accusing her of cheating, has broken her silence.

In an interview with TVC, Aduke said she just wants to rest as nothing is going to change even if her boyfriend and his friends are sent to jail because what they did to her has already been done.

”I am not okay but I just need to rest. There is nothing I can do. Even if they are in jail, what they did to me can not go back. They have done it already”she said

Also speaking during the interview, the spokesperson of the state police command,  SP Okasanmi said;

”What happened was that on Monday morning the police got an information through a friend of the victim that a lady was being molested and beaten up by her boyfriend and his friend. The police raced to the scene with about one or two Army officers that were around. On getting there, the boys were eventually arrested while the victim who was in severe pain was taken to the clinic for treatment.

According to the victim, she claimed she was the girlfriend to the boy. She said on that Monday, the guy called her to the house and when she got there, unknown to her, the boy had arranged with his friends and they held her by the hands and the legs. They started flogging her for an offence of cheating, that she was going around with boys.

She said the boyfriend was the one that collected her phone , forced her to open it and used her phone to record all the videos, asking her to confess to cheating. She said she can never confess. They told her that if she fails to confess they were going to post the videos and the girl said they can go ahead and do whatever they want to do and that she has not done anything wrong. Eventually those boys posted the videos.

As at now we have all the five boys in the station and we are preparing them for court at the end of the investigation.

Speaking further, the police spokesperson said the boy claimed he was married to the victim.

”According to the boy he claimed that he is married to the girl and that they have done court wedding. We asked him, were the family of the girl involved in the marriage?  He claimed that it was her friend that came and that himself and his family were involved in the event. I asked him why would you get married to her without any of her family present? He said the lady claimed that she had no parent and was an orphan. We are still investigating to get the wedding certificate if there was any.”

Watch a video from the interview below..