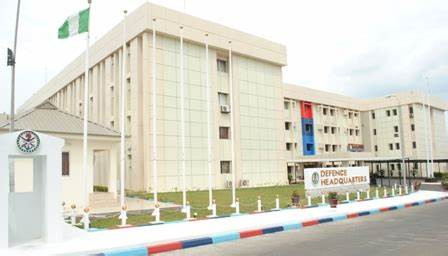 Nigeria’s military high command has directed that all ‘soldiers with divided loyalty or disgruntled or unmotivated personnel’ in the army, navy and the air force should be retired.

Daily Trust reported that the directive was given in a memo signed on behalf of the Chief of Defence Staff, Gen. Lucky Irabor, by Chief of Defence Administration at the Defence Headquarters, Rear Admiral Muhammed Nagenu.

According to the military authorities, “disgruntled and unmotivated” officers and soldiers no longer exhibit a high level of undivided loyalty and the presence of mind required for military operations.

“In view of the above, deployments of such personnel do not benefit the Services and are in fact counter-productive.

“Consequently, on the identification of disgruntled or unmotivated personnel, Services are advised to take steps to compulsorily discharge or retire such personnel in line with extant laws.”

It is however unclear whether the disgruntled officers were being profiled for involvement in mutiny or any other unwholesome acts.

Director, Defence Information, Maj. Gen. Jimmy Akpor, in a telephone interview with the news outlet said the memo was to ensure discipline within the armed forces. Akpor who did not disclose the number of officers that would be affected, maintained that it was not targeted at anybody.

“Be assured that the Nigerian Military is a self-regulating organisation that holds tenaciously to the best practices of administration. The so-called memo is saying the obvious as even civil organisations would not maintain disgruntled elements.”

Singer, Billie Eilish reveals that she fooled fans by using a body during her 2022 Coachella performance