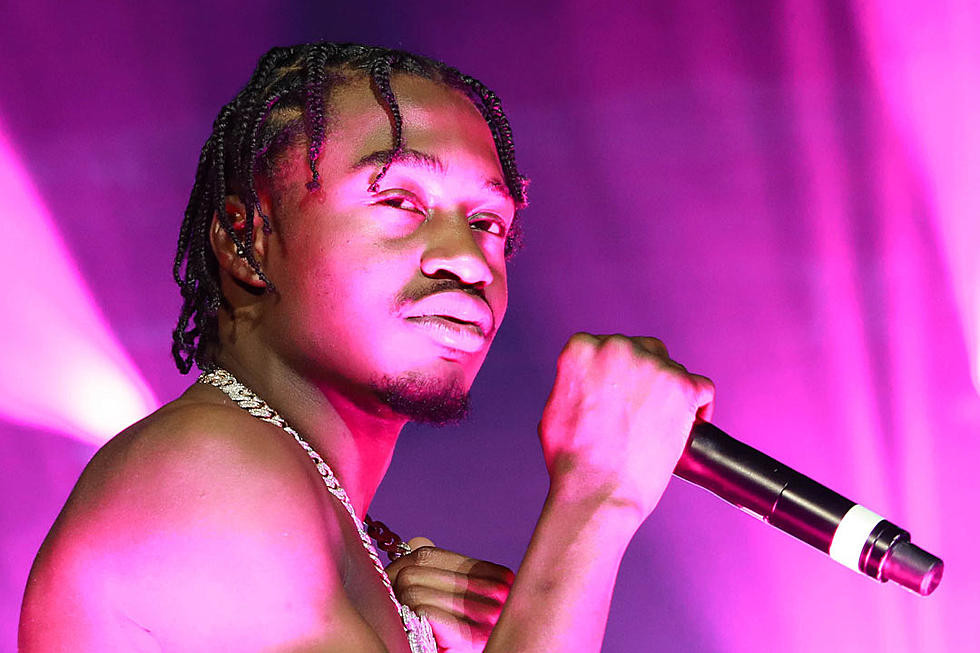 New York rapper, Lil Tjay was shot after midnight Wednesday, June 22,  in what the Bergen County Prosecutor’s Office called an attempted robbery against the rapper and two of his friends.

The shooting occurred at shopping plaza 14 the Promenade in Edgewater, according to a press release from the Bergen County Prosecutor’s Office. At 12:08 a.m. ET, the Edgewater Police Department responded to a 911 call at the address and found a 22-year-old victim with multiple gunshot wounds.

At another location, an Exxon Station, officers located another victim of the same age with one gunshot wound. Both were transported to a hospital for treatment.

Prosecutors announced the arrest of Mohamed Konate, 27, of New York City, on charges of attempted murder, armed robbery, and weapons offenses, accusing the man of firing at the rapper, whose real name is Tione Merritt, as well as Jeffrey Valdez, 24, and Antoine Boyd, 22, both of the Bronx, who were with him.

Prosecutors had said earlier that one victim was taken to the hospital in critical condition but was by then described as stable, while the other victim was hospitalized with non-life-threatening injuries and is in “good” condition.

Lil Tjay rose to prominence in 2018 with his track “Resume.” The rapper has released four EPs and albums, including F.N. and True 2 Myself in 2019, State of Emergency in 2020, and Destined 2 Win in 2021. Destined 2 Win featured the single “Calling My Phone,” Lil Tjay’s collaboration with 6lack, which peaked at No. 3 on the Billboard Hot 100 and became his highest-charting song to date.

Super Eagles star, Taiwo Awoniyi set to complete a medical at Nottingham Forest ahead of a club-record £17.5million move