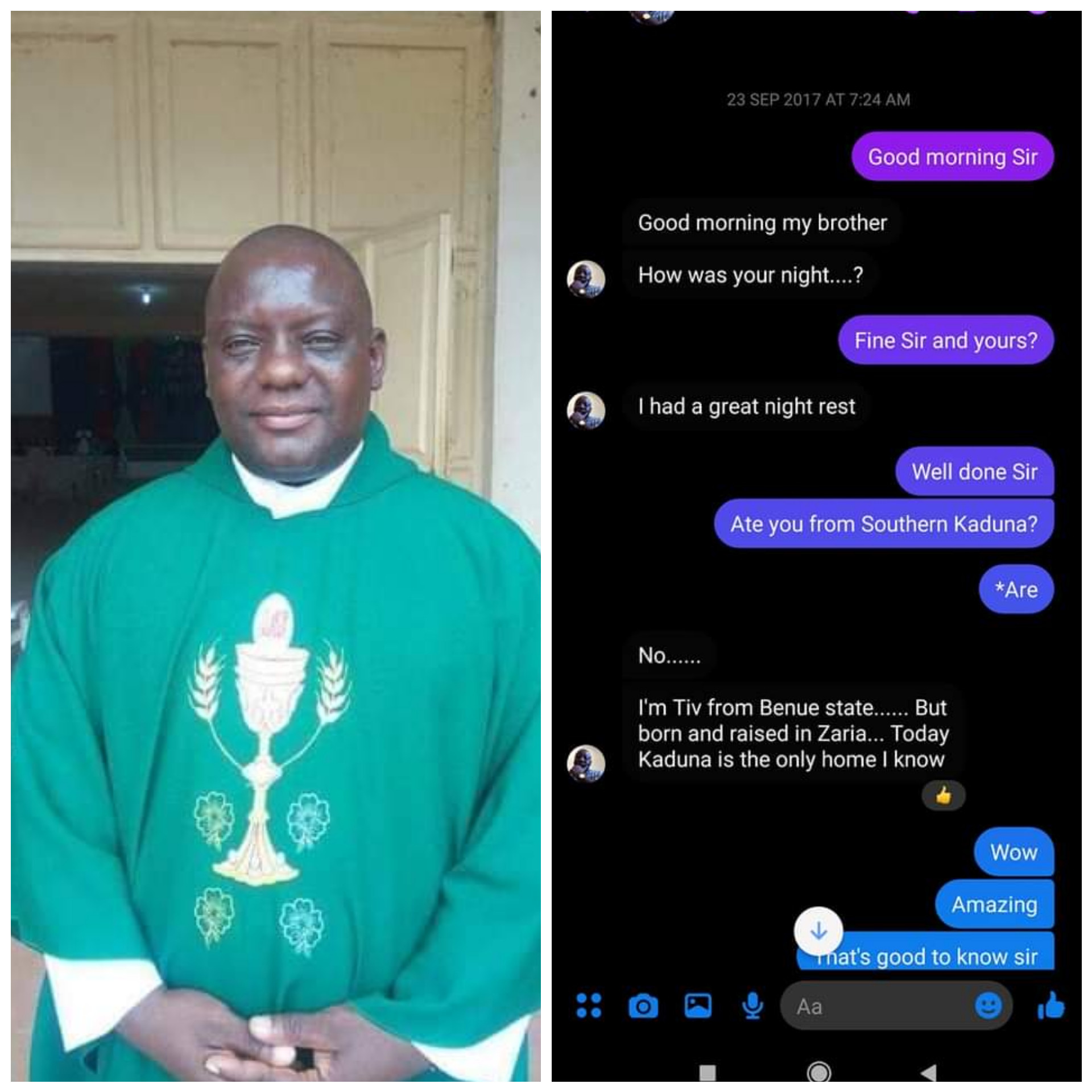 “Kaduna is the only home I know”

Catholic priest, Reverend Father Vitus Borogo, who was killed by bandits in Kaduna State, once revealed that he was born and raised in Zaria and Kaduna is the only home he knew.

The 50-year-old priest from Benue state was killed at the Nigerian Prison Farm in Kujama in Chikun Local Government Area of Kaduna on Saturday, June 25.

According to citizen journalist and activist, Steven Kefas, the late priest told him in 2017 that Kaduna is the only home he knew.

Sharing screenshots of a conversation they had, Kefas wrote;

“Yesterday, Most Rev Fr. Vitus Bogoro, the Chaplain of Kaduna Polytechnic Catholic community was killed by terrorists at the Prison Farm, Kujama.”

“Why didn’t they kidnap Padre & ask for ransom? Why did they outrightly murder him? Padre loved Kaduna dearly and once told me in 2017 that Kaduna is the only home he knows yet the same Kaduna killed him for no justifiable reason.

“I am heartbroken, that a gentleman, a man whose humility is second to known had to die in such s manner by the bullets of some stinking terrorists from hell. Rest in Power Padre, Nigeria and Kaduna failed you! Elrufai & Buhari, it shall never be well with you and your generations”

How 7-year-old boy broke into house in Ibadan, cooked rice, ate all the meat in pot, drank milk then stole two phones and N4,000