A young Nigerian lady made a video of the “epic fail” she suffered after she decided to listen to the whisperings of the devil on what she should do to her hair.

The lady, identified as Naomi, who is a beauty content creator, was documenting a process of styling her hair but little did she know an action she took was going to leave her partially bald.

In the video she made, she reveals that prior to making the video, she’d bleached her hair and because she wanted to style it in a certain way, she decided that she was going to relax the hair.

Well, the adverse effect became evident in Naomi’s hair after she rinsed off the relaxer from her hair and she discovered that most of her hair were already gone. 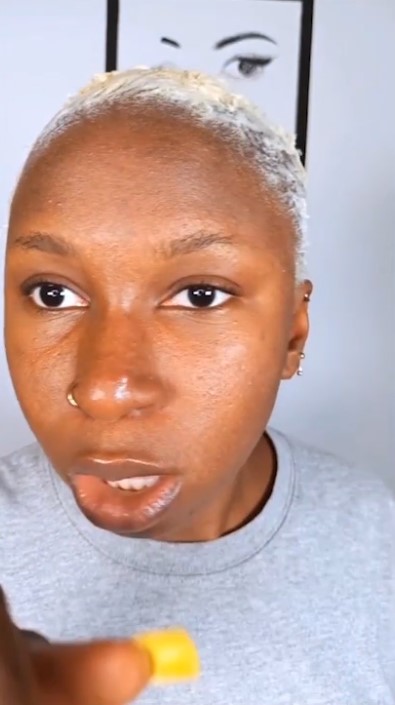 She was eventually forced to shave off the rest of her hair and she shared that she hopes she never experiences such a fail again.

Watch the video she shared,