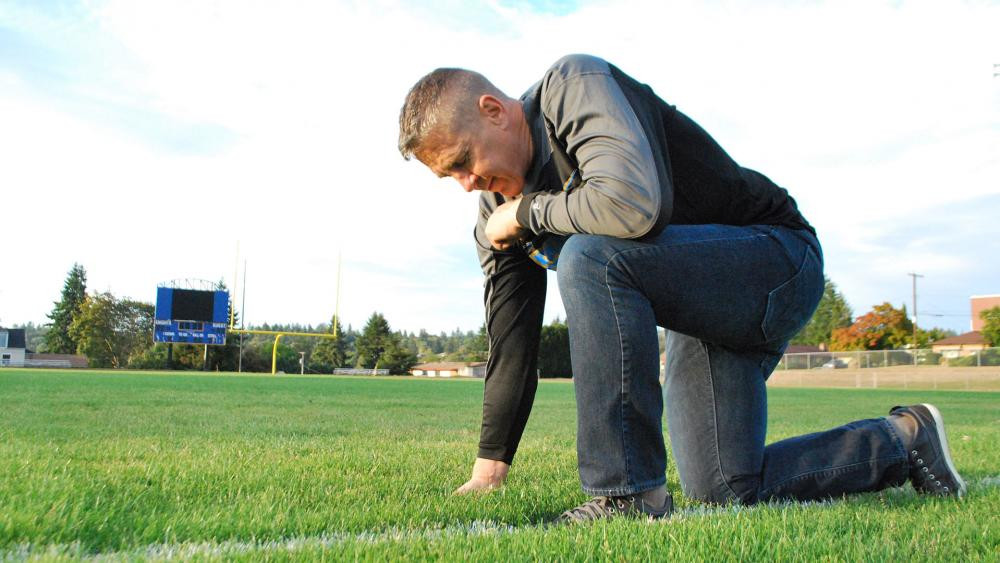 Fresh from its controversial abortion ban, the US Supreme Court on Monday, June 27 ruled 6-3 in favor of a Washington state high school football coach who was fired from his job for silently praying on the field after games.

Coach Joe Kennedy has been battling the Bremerton School District since 2015. The school claimed that his prayers violated the Establishment Clause of the U.S. Constitution and he shouldn’t have been praying in a public school. Therefore they fired him.

SCOTUS Blog tweeted, “SCOTUS sides with a high school football coach in a First Amendment case about prayer at the 50-yard-line. In a 6-3 ruling, SCOTUS says the public school district violated the coach’s free speech and free exercise rights when it barred him from praying on the field after games.”

The court pointed out that teachers and students alike still maintain their freedom of speech, even if they’re working at a state-funded school.

“When it comes to Mr. Kennedy’s free speech claim, our precedents remind us that the First Amendment’s protections extend to ‘teachers and students,’ neither of whom ‘shed their constitutional rights to freedom of speech or expression at the schoolhouse gate,'” the majority opinion stated.

Justice Neil Gorsuch wrote for the majority, “The Constitution and the best of our traditions counsel mutual respect and tolerance, not censorship and suppression, for religious and nonreligious views alike.”

There was a question in the case of whether Coach Kennedy was praying in his capacity as a government employee or a private citizen. Justice Gorsuch said it was clear that Kennedy’s prayers were private speech, not government speech.

According to the majority opinion, when Kennedy prayed he was not engaging in speech associated with his duties as coach. So that means he wasn’t instructing players, discussing strategy, talking about on-field performance, or speaking on any other topics the district paid him to address as a coach.

The court essentially declared a total victory for Coach Kenney’s constitutional rights and admonished the local government for trying to punish him for his religious expression:

“Respect for religious expressions is indispensable to life in a free and diverse Republic—whether those expressions take place in a sanctuary or on a field, and whether they manifest through the spoken word or a bowed head.”

“Here, a government entity sought to punish an individual for engaging in a brief, quiet, personal religious observance doubly protected by the Free Exercise and Free Speech Clauses of the First Amendment. And the only meaningful justification the government offered for its reprisal rested on a mistaken view that it had a duty to ferret out and suppress religious observances even as it allows comparable secular speech. The Constitution neither mandates nor tolerates that kind of discrimination.”