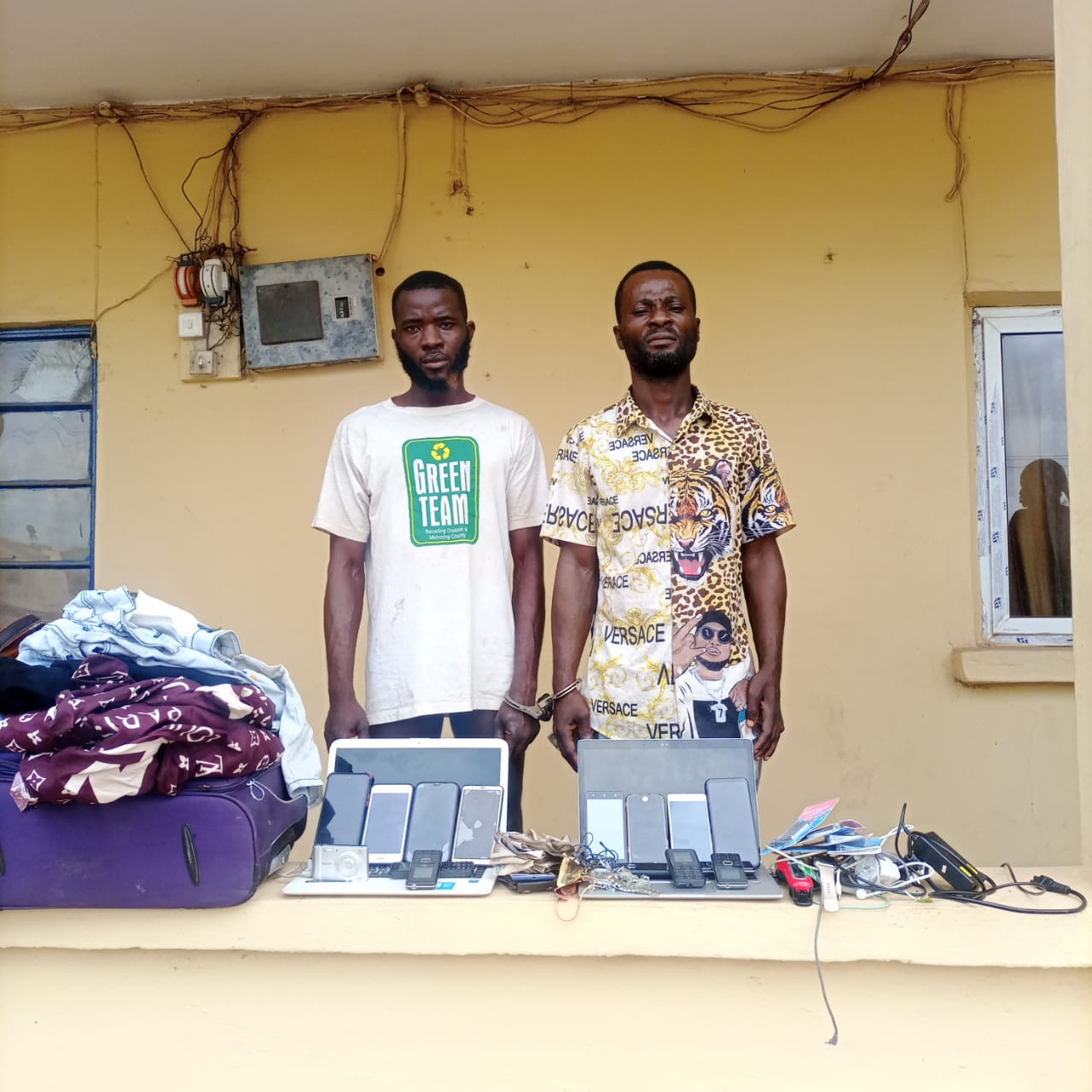 Operatives of the Ogun state police command on Thursday, June 23 arrested two suspected armed robbers in Mowe area of the state who were coming from robbery operation which they carried out in Ogbomoso Oyo state.

The two men identified as 37 years old Wasiu Opeyemi, an indigene of Ijebu ode, and 27 years old Noah Israel a Benue State indigene, were apprehended by men of the state anti-kidnapping unit who are on routine patrol at Mowe area of Lagos-Ibadan expressway.

The suspects who were on a motorcycle were accosted by the team because of the suspicious look and were questioned.

The two suspects made an attempt to escape but were quickly surrounded by the operatives and taken to the nearest police station.

On interrogation, they confessed to the police that they were coming from Ogbomoso in Oyo state where they had gone to carry out a robbery operation. They also stated that one of their victims was forced to transfer the sum of one hundred thousand naira into their account since nothing tangible was found with him.

Confirming the incident, the spokesperson of the state police command, DSP Abimbola Oyeyemi, said the suspects who claimed to have met at Oba correctional center while serving different jail terms, confessed to robbing their victims with cutlass and other dangerous weapons.

Abimbola said items recovered from them include two laptops, eleven phones of different types, one Rolex wristwatch, a cash sum of one hundred and twenty-two thousand naira, and bags containing household items.