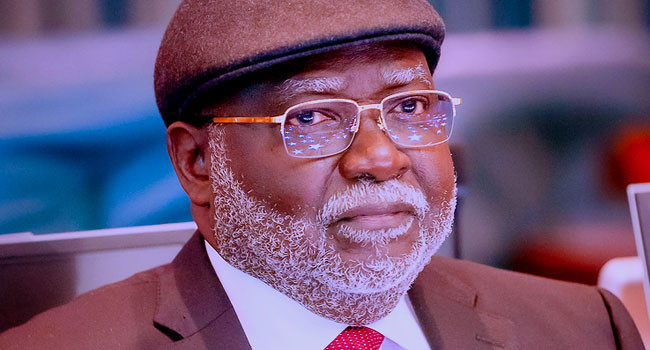 We shall not fail Nigerians

Justice Olukayode Ariwoola, Acting Chief Justice of Nigeria (CJN), has promised not to fail Nigerians after taking over from Justice Ibrahim Tanko Muhammad, the former CJN who resigned on Sunday evening on health grounds.

Addressing State House Correspondents after taking the oath of office, Ariwoola said with the support of his colleagues, the judiciary under him shall not fail Nigerians.

“What Nigerians expect from me is to comply, preserve and abide and protect the constitution of the Federal Republic of Nigeria. And so be it. That is what I will do especially with the cooperation of my brother Justices of the Supreme Court. We shall not fail Nigerians.”

On the current controversy at the supreme court, Ariwoola said;

“There is no controversy in the Supreme Court. We are one with the Chief Justice. That’s why you heard the President said His Lordship, is disengaging on the grounds of ill-health. No controversy we’re one.”

On the welfare issues highlighted in the letter addressed to the former CJN, he said;

“It was an internal memo of the court. It was not a petition. It was not a letter. It was addressed by the brother Justices of the Chief Justice and presented to him, His Lordship directly. There were issues to be resolved amongst justices.”

When asked if those issues would be resolved under his leadership, he said: “Yeah, we’ve started resolving it.”