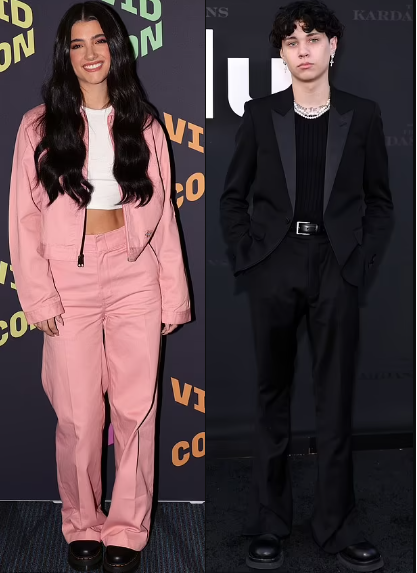 The two stars, both age 18, sparked romance speculation earlier this month when they were spotted leaving Landon’s show together.

Landon was photographed leaving his live show at the Desert 5 Spot in Hollywood just after Charli departed.

‘They’re seeing each other, and it’s early stages,’ a source told People of the new relationship.

Eyebrows were also raised when the duo showed off the tattoos they both had done earlier this week by Arbel, a tattoo artist in Los Angeles.

The couple was also seen departing the album release party for Charli’s sister Dixie’s debut album A Letter To Me earlier this week together.

46 migrants found dead Monday in abandone truck in Texas, US