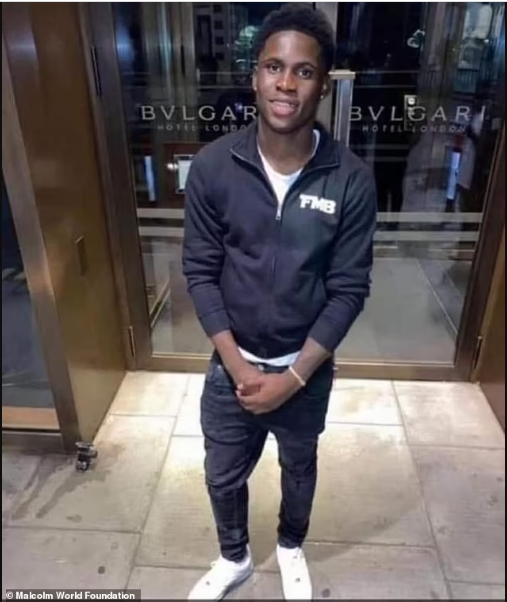 A Nigerian hero who died rescuing a woman who was drowning in the Thames Rivers in London shouted “I’ve got to save her, she is not dying” before he jumped in, an inquest heard today.

Folajimi Olubunmi-Adewole, 20, was found dead six hours after going into the water near London Bridge in what police described as a “sheer act of bravery” to aid the 21-year-old woman who survived.

Mr Olubunmi-Adewole, known to friends as Jimi, and his best pal Bernard Kosia were walking across London Bridge just after midnight on 24 April last year when eyewitnesses alerted them to the situation.

The inquest at Inner South London Coroners Court heard Joaquin Garcia, who saw the woman as he changed buses, jump in. Mr Olubunmi-Adewole jumped in five or 10 seconds later.

Mr. Garcia rescued the woman but Jimi began struggling almost straight away after jumping in.

Mr. Kosia said Mr. Olubunmi-Adewole told him to stay on land because he could not swim, which he did.

He told the hearing in a statement which was read aloud by the coroner: “The whole time Jimi was saying ‘I have got to save her.’

“He was very adamant about it. He was taking off his clothes saying ‘I have to save her, she is not dying.’

“The woman was struggling to stay afloat. I could hear her voice and she wanted to be rescued.

“There was clear pain in her voice and she was struggling.

“Jimi turned around and told me ‘you can’t swim. This man and I can, and we are going to save this woman.

“They counted out to three and jumped in. Mr Garcia jumped first and then Jimi jumped.

“I could see Mr Garcia swimming to the person shouting for help.

“Then around two minutes later he was shouting my name shouting ‘jump’. I could hear him shouting out and I could not see him anywhere.

“I told the caller I had an overwhelming desire to jump to try and save my friend, but I could not see him anywhere.

“About one minute later I was shouting ‘stay with me bro’ and then at some point I could no longer hear him.

Investigating Officer Detective Sergeant Stefan Yiannaki, of City of London Police, said officers arrived within six minutes of the 999 call being made.

Mr Garcia and the woman were pulled out of the water five minutes later before police helicopters and marine crews began a search for Mr Olubunmi-Adewole, which lasted almost an hour.

DS Yiannaki told the hearing: “Jimi, in a sheer act of bravery, tried to rescue this woman but unfortunately lost his life in the process.”

His brothers, who attended via video link, told the officer they believed the emergency response took too long, given the speed of the response to the London Bridge terror attacks in 2017.

They added the search should not have been called off after 45 minutes to an hour, saying that was “too short” for a human life.

DS Yiannaki said officers arrived within six minutes of the 999 call being made.

His brother asked why his body was found so near to where he had jumped, to which the officer agreed was “a bit unusual”.

Assistant Coroner Dr Julian Morris, recording a conclusion of accidental death, said Mr Olubunmi-Adewole’s courage in rushing to save the woman was “astonishing”.

He told his brothers: “Jimi’s courage in his decision to jump to try and help a complete stranger was completely astonishing.

“Perhaps we would all like to think we would do the same thing. Few of us would have that courage and determination.

“To lose a 20-year-old man in circumstances such as this is truly tragic. I pass on my heartfelt condolences to all your family.”

He added the emergency service response times were adequate and he did not need to make a prevention of future deaths report.

Mr Olubunmi-Adewole, a former pupil at Harris Academy Peckham in south-east London, was posthumously put forward for a Royal Humane Society award by City of London Police for his “bravery and selfless actions”.

Sultan directs Muslims to look out for new moon