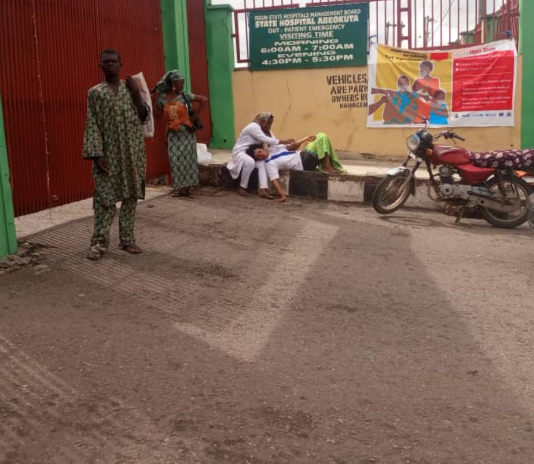 It was a chaotic scene at the entrance of the Abeokuta General Hospital, Ogun state on Tuesday morning, June 28, as members of the staff union locked the gates, preventing doctors and patients from entering the hospital.

The aggrieved workers joined other state workers to begin an indefinite strike action, over claims that the state government has refused to pay them their 21-month salary deductions. They embarked on the strike today after going through a 7-days warning strike.

The workers are also demanding a review of the state pension laws and process as well as access to loans such as car and housing loans.

Videos and photos shared online showed sick patients brought to the hospital lying on the ground outside the hospital.

Lawyer narrates how couple continued to copulate, go on dates during and after their divorce