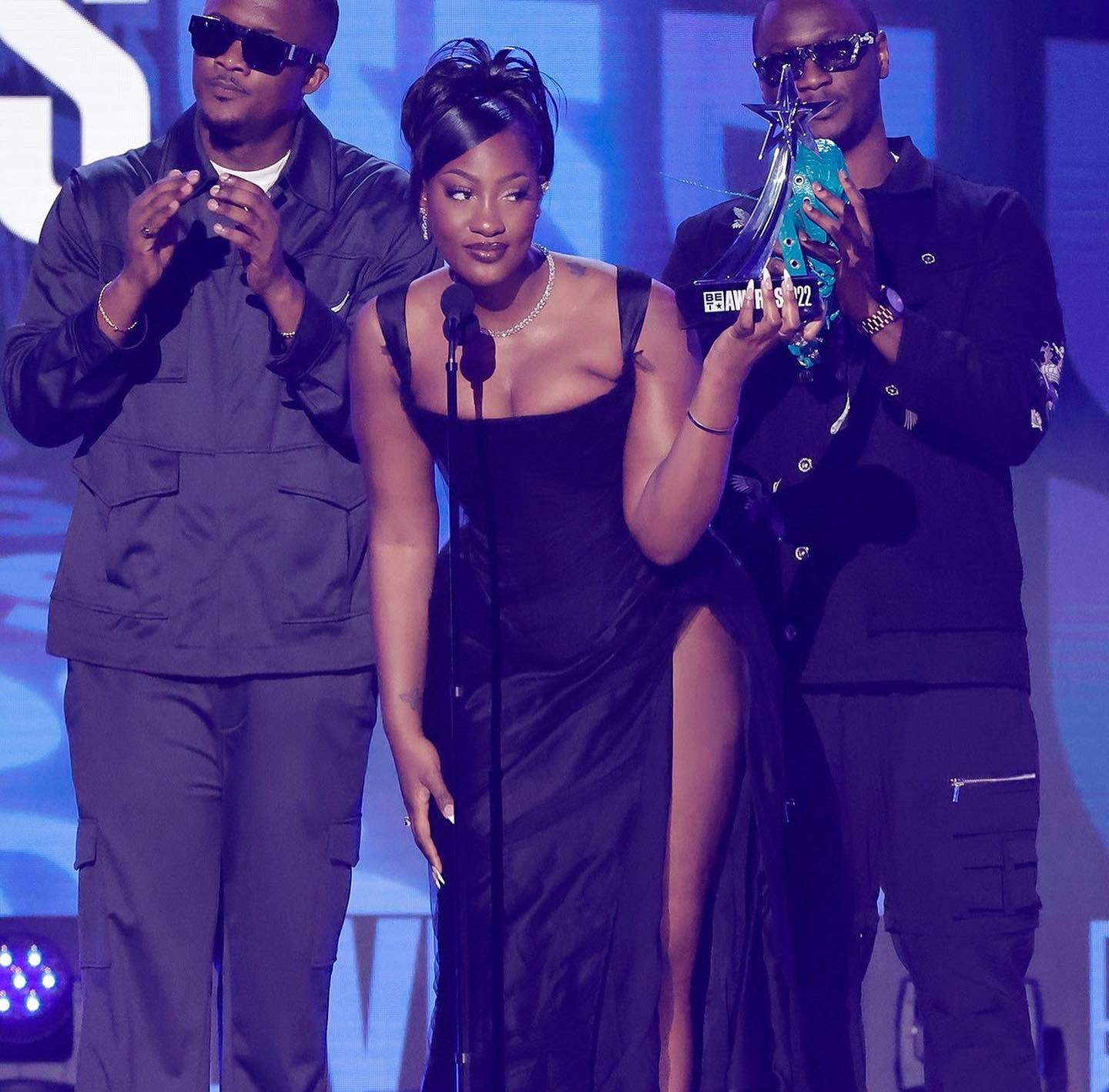 Tems has gone on Twitter to give a shout out to female Nigerian singers after her BET award win.

The singer thanked women like Asa, Omawumi and others who started before her.

She thanked them for inspiring her and other younger female singers.

She also named younger singers like Ayra Starr and told them that she feels like their win is hers too.

She went on to thank all her well-wishers and those who sent her messages following her BET win.