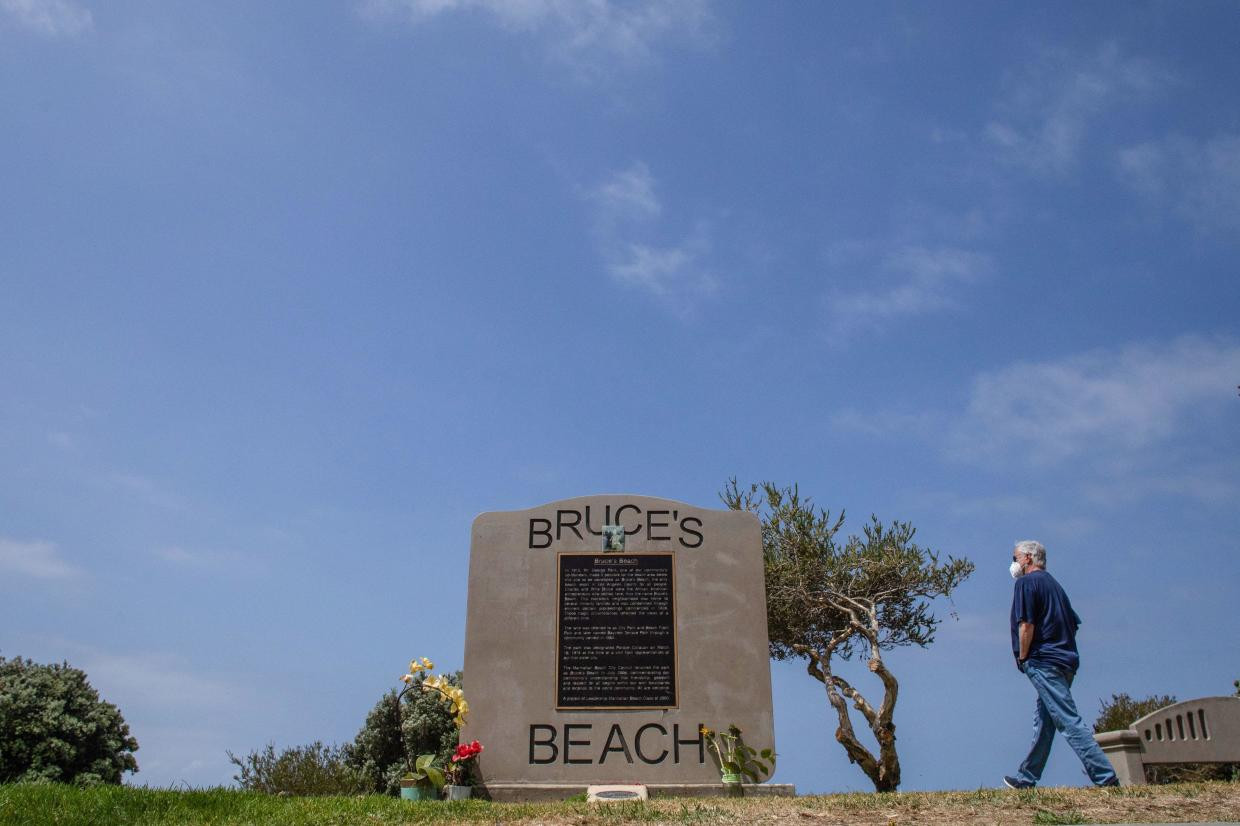 On Tuesday June 28, the Los Angeles County Board of Supervisors voted to return ownership of prime California beachfront property to descendants of a Black couple who built a resort for African Americans but were stripped of the land in the 1920s.

Willa and Charles Bruce bought the land in 1912, and they built the first West Coast resort for Black people at a time when many beaches were segregated.

The couple however suffered racist harassment from white neighbors and in the 1920s the Manhattan Beach City Council took the land through eminent domain. The city did nothing with the property and it was transferred to the state of California in 1948.

In 1995, the state transferred it to the county, with restrictions on further transfers.

Supervisor Janice Hahn launched the complex process of returning the property to heirs of the Bruces in April 2021. A key hurdle was overcome when the state Legislature passed a bill removing the restriction on transfer of the property.

On Tuesday, the board voted 5-0 on a motion to complete the transfer of parcels in an area once known as Bruce’s Beach in the fashionable city of Manhattan Beach that is now the site of the county’s lifeguard training headquarters and its parking lot.

Board chair Holly J. Mitchell, co-author of the motion, immediately signed the documents which allow the county to lease back the property with an option to purchase it for millions of dollars.

This came after the county completed the process of confirming that Marcus and Derrick Bruce, great-grandsons of Willa and Charles Bruce, are the legal heirs.

“We can’t change the past and we will never be able to make up for the injustice that was done to Willa and Charles Bruce a century ago, but this is a start,” an emotional Hahn said before the vote.

Hahn said returning the property will allow the heirs “the opportunity to start rebuilding the generational wealth that was denied them for decades.”

Anthony Bruce, a family spokesman, said in a statement that the return means the world to them but it is also bittersweet.

“My great-great-grandparents, Willa and Charles Bruce sacrificed to open a business that gave Black people a place to gather and socialize, and Manhattan Beach took it from them because of the color of their skin,” he said. “It destroyed them financially. It destroyed their chance at the American Dream.”

The transfer includes an agreement for the property to be leased back to the county for 24 months, with an annual rent of $413,000 plus all operation and maintenance costs, and the county’s right to purchase the land for up to $20 million.

“This may be the first land return of its kind, but it cannot be the last,” Hahn said.