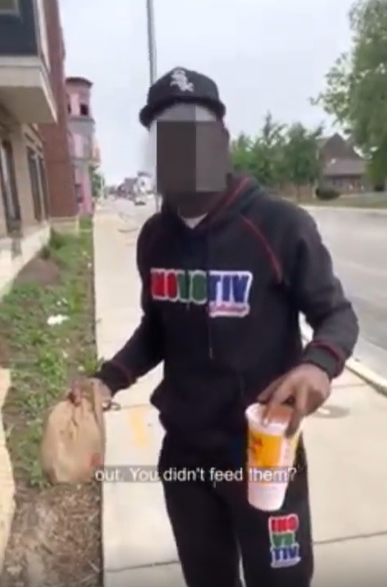 Lady confronts her baby daddy for buying food for only the child they have together, leaving out three others she had with other men (video)

A video of a lady confronting her baby daddy for buying food for only the child they have together and leaving out three others she had with other men, has gone viral after being shared online.

The lady who claimed she’s exposing the man in the video, accused him of making her other kids feel left out by buying things for only his son. She also said that he knew what he was getting into by having a child with her when he knows that she had children with other people.

She added that the man’s son won’t be eating food he brings except he brings enough for her other children.

Responding to this, the man insisted that her other kids are not his responsibility. He also told her to take up the food problem with her other baby daddies and allow him take care of his son.

Remember you stayed silent when it was my turn