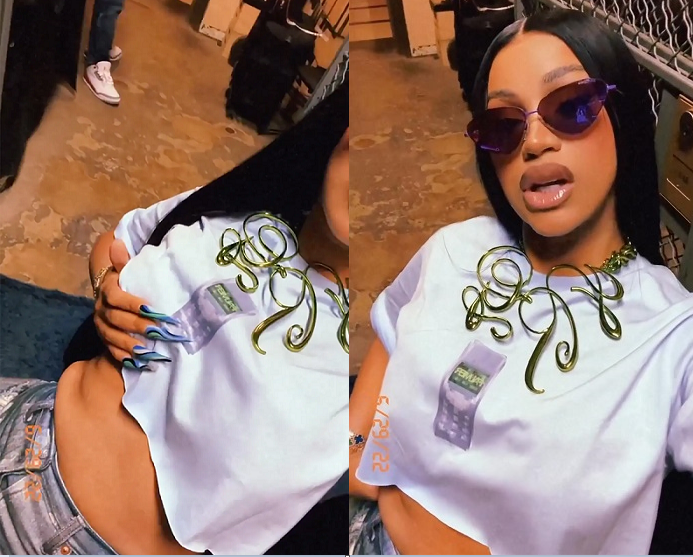 Cardi B has revealed she is ready to go  under the knife because she is not happy about her post-baby body nine months after giving birth to her son, Wave.

The “Bodak Yellow” rapper, 29, shared via her Instagram Stories to announce her plans to get a tummy tuck after initially getting liposuction in 2019.

“This stomach, is giving tummy tuck,” the Grammy winner said, while showing off her outfit to fans and pinching her stomach.

“Like, it’s not bad, but I just don’t like this extra little skin,” she explained. “I am a little heavier than usual, but I don’t like it, I want to get rid of it. I think Wavey like … did me wrong.”

The mother of two is currently gearing up for the release of her second studio album, and she made it clear that after she’s done with the press tour, she’s going to get rid of that “extra little skin.”

“I cannot wait to put out this song and do more things so I can get the f–k out and do my f–king surgery. I’m over it,” she continued. “Me and surgery goes [sic] together bad. We go together real bad.”

Cardi B and husband Offset, who also share 3-year-old daughter Kulture, announced that they welcomed Wave, their second child in September 2021 .