“His father is among those causing it” – Reactions as Regina Daniels son, Munir describes Nigeria as a ‘top to bottom’ country (Video)

Social media users have reacted to a video of Nollywood actress, Regina Daniels’ son, Prince Munir Nwoko describing Nigeria as a country from top to bottom.

The video was shared by the new mother of two on her Snapchat page where she expressed how surprised she was to hear her son utter such a statement.

Her son was asked where he’s from and he replied saying,

“Nigeria from top to bottom” 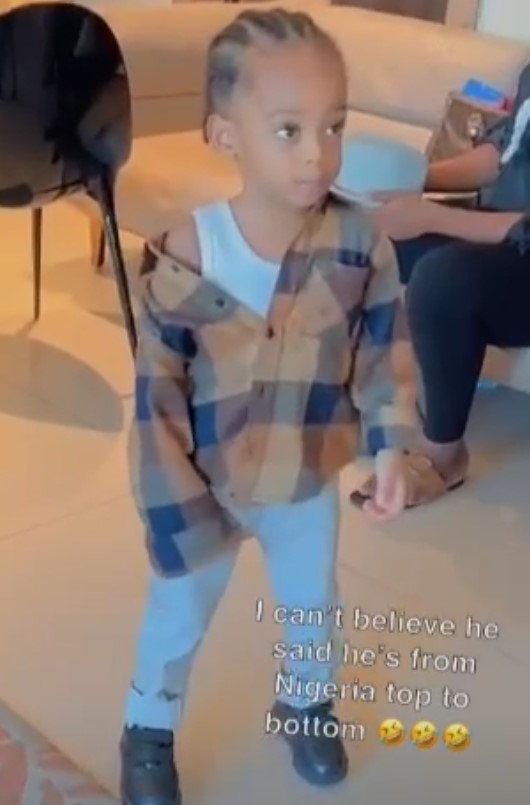 His response caused people around to burst into laughter

Captioning the video, the thespian wrote:

When the video was eventually shared online, netizens dragged the little lad’s dad, Ned Nwoko who is a politician while accusing him of being among those responsible for the country’s current condition.

Read some reactions as you scroll, The billionaire wife, who welcomed her second child with her billionaire husband and politician on Wednesday afternoon, June 29, shared a heartwarming video of herself cradling her newborn.

Sharing the video on Snapchat, she captioned it, “My new addiction”.

Chelsea Handler claims the 3 abortions she had, made her high school not to induct her into its hall of fame