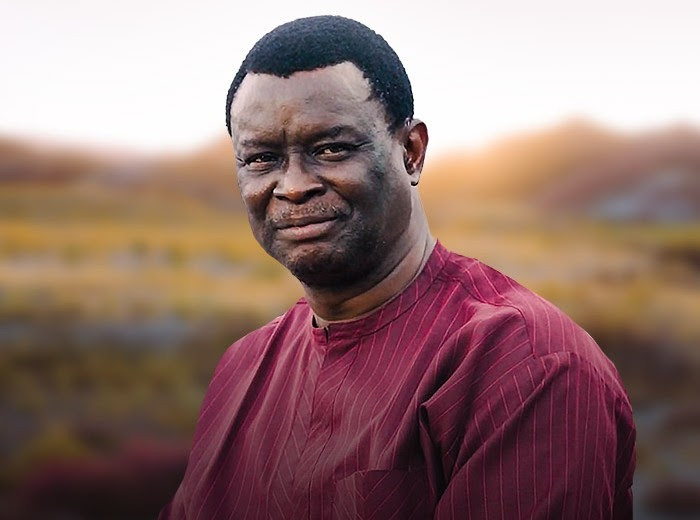 Clergyman, Pastor Mike Bamiloye, has said that anyone who gets scammed or defrauded by a fake pastor should blame themselves.

In a post shared on his Instagram page this morning, Bamiloye pointed out that the world has so many fake things right now. He wondered why people are so worried about fake Pastors if they are also fake.

”WHY ALL THE SCREAMS?
#mikebamiloye
Sir, why are you so worried about Fake Pastors?
Why all the fusses?
Why all the screams about fake Pastors and Ministers of God?
Why are you so surprised?
Is it something so strange?
Are there no Fake Doctors?
Fake Lawyers?
Fake Physicians?
Fake beauties of Fake Ladies?
There is a man who dresses like a lady and if you were not informed, you would be absolutely convinced he is a lady. And he is being celebrated by many people.
There are Fake Breasts,
Fake long hair,
Fake set of Dentures,
Fake nose of Michael Jackson and Fake Eyes.
There are Fake Men you would think are ladies and Fake Ladies you would think are Men.
You watch Movies and you cry because somebody died in the movie.
Did he died for real?
You watch Movie and you become emotional, was it a Reality Show?
Fake Tyres.
Fake toothpastes.
There are big toys that look like human being and someone once’s got married to his Toy Wife.
And News carried it celebratedly.
THERE WAS A FAKE DISCIPLE OF JESUS CALLED JUDAS ISCARIOT. He followed the Lord for Three and half Years stealing from the purse and ending up Selling his Master for N30,000.
Sir, so
Why are you so worried about Fake Pastors as if they were the First to be Fake in our Society.
Even Jesus Christ had said many would come in His name lying that they are the Messiah, performing astonishing wonders and miracles.
If you get confused by the Fake Pastors, it is your fault.
If you get distracted by the Fake Pastors, it is your fault,
If you are duped and scammed by The Fake Pastors it is your Fault.
IF YOU GO TO HELL BECAUSE OF FAKE PASTORS , IT IS ABSOLUTELY YOUR FAULT!!!!!!”

‘They should save themselves the effort’