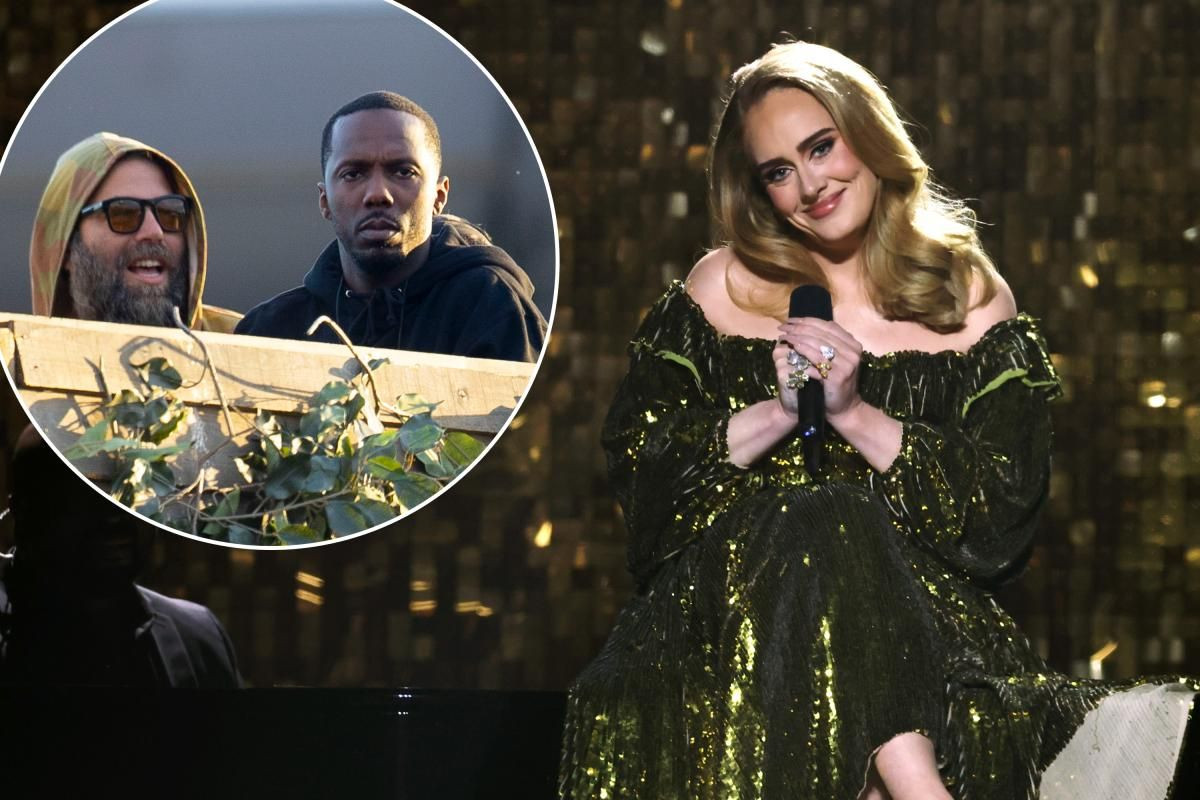 34-year-old ‘Easy on Me’ superstar Adele’s current boyfriend Rich Paul surprisingly sat next to her ex-husband of of three years Simon Konecki, 48, while she performed at the BST Hyde Park Festival on Friday June 1.

Adele’s current boyfriend Rich Paul and her ex-husband Simon Konecki were having a ball watching Adele from their VIP seats according to Page Six.

The sports manager and her ex-husband sat next to Cameron Diaz and Benji Madden. Adele also told the crowd that her son, Angelo, 9, was also in attendance.

Konecki, 48, cracked a few smiles while admiring his ex from afar as Paul, 40, appeared deadly focused on his lady love on stage.

The “Easy On Me” singer married Konecki May 2018 and filed for divorce in September 2019, months after they had separated. The pair share 9-year-old son Angelo.

Throughout her two-hour-long set, the singer stopped her show four times to get help to several concertgoers who were left needing medical attention, concertgoer Alana Sulway told The Post from London.

The performance marked the first public show Adele played since she headlined two concerts at London’s Wembley Stadium in 2017.