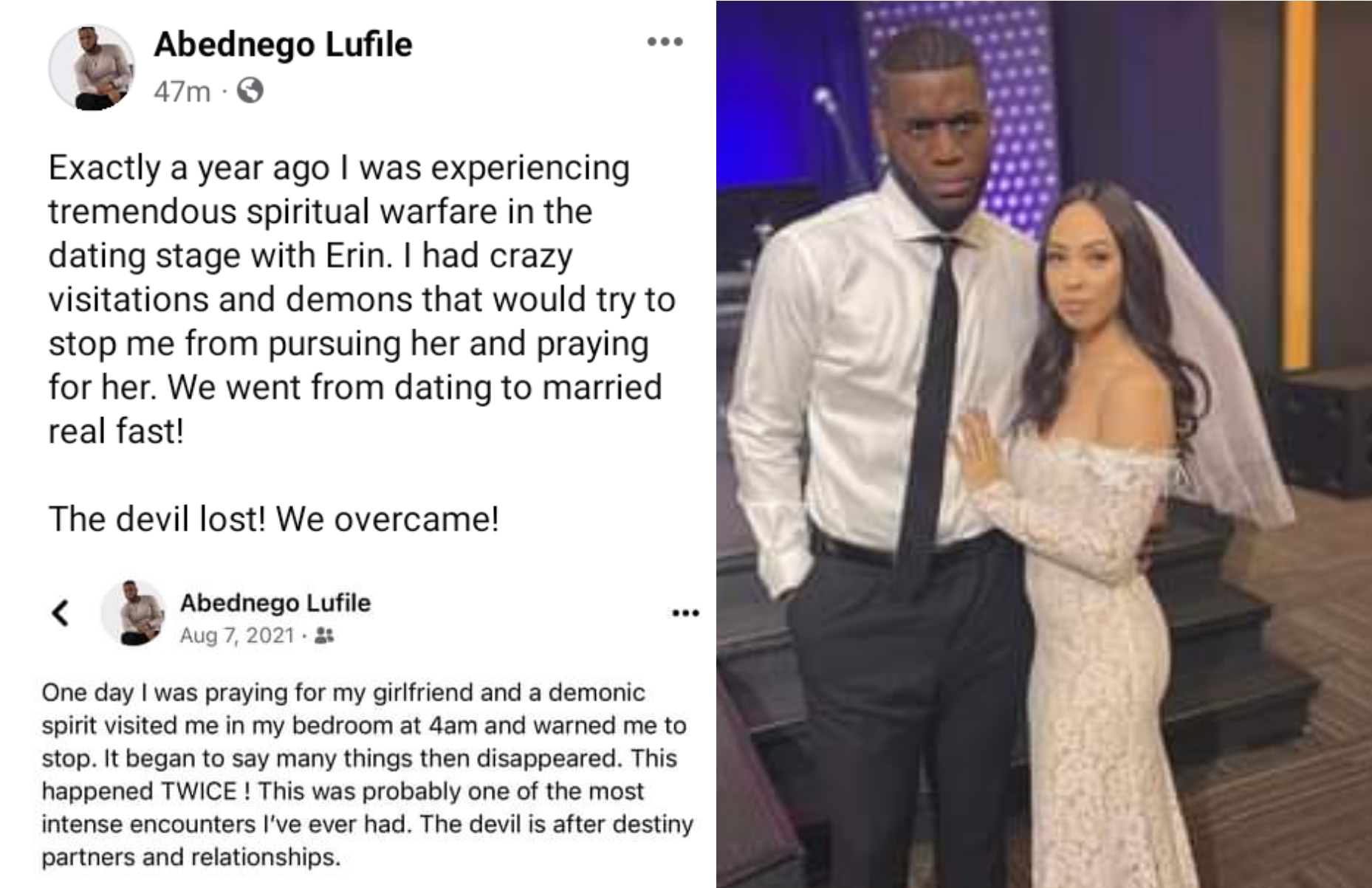 The devil lost, we overcame

A former Canadian professional basketball player, Abednego Lufile, has recalled how ‘demons’ tried to stop him from marrying his wife.

Lufile, who is now a pastor, met his wife, Erin on Instagram in 2019 and they got married last year.

The former baller, who disclosed this on Sunday, August 7, said whenever he was praying for his then girlfriend, the demons appeared and tried to stop him.

“Exactly a year ago I was experiencing tremendous spiritual warfare in the dating stage with Erin. I had crazy visitations and demons that would try to stop me from pursuing her and praying for her. We went from dating to married real fast! The devil lost! We overcame.” he wrote.