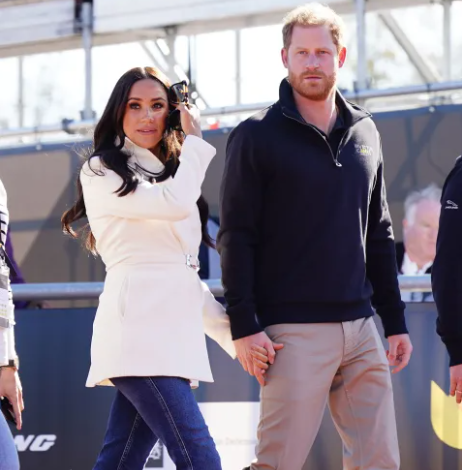 Prince Harry and Meghan Markle are being urged to secure their mansion in Montecito, California, against attack.

A mountain lion was caught on camera prowling near their home in California.

The big cat was spotted just five miles away from where the couple live with their son Archie, three, and one-year-old daughter Lilibet.

The shocking video of the lion obtained by The Sun was filmed by a security camera late on July 23.

The Duke and Duchess of Sussex have a chicken coop at their property which could make it a target.

Sharon Byrne, executive director of the Montecito Association, said: “We don’t know if the mountain lion is male or female.

“That part of Montecito is a very rural, very mountainous area, the kind of habitat for mountain lions.

“There’s a drought on here in California so he or she was probably looking for water and whatever food could be scavenged, so that’s why they headed to where people live.

“So far, all we have is this one sighting.

“But the fact we have security footage shows though that residents are taking this seriously as it was shot by a camera which is what we’ve been urging residents to install.

“We want all locals to secure their homes and secure their chicken coops and whatever other animals they may have.

“Chickens can be a fast, easy source of food for hunting animals so they have to be safe and secure.

“We also urge residents to secure their garbage so animals can go rummaging around for scraps, to have night lighting, alarms, cameras and so on.

“Mountain lions are solitary creatures and ultimately, they don’t want to be around people so we’re hoping this one moves on by itself.”