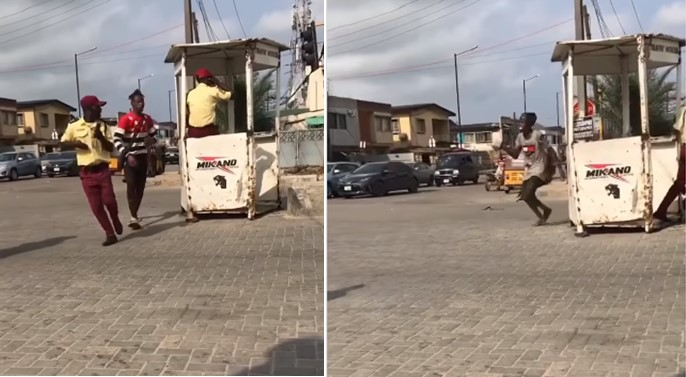 A video which has gone viral shows the moment a man provoked a mentally unstable man who was lying down on the culvert of a busy road.

He kicked the mad man and told him to stand up, however, he was not prepared for what came next neithere were the LASTMA officials nearby.

The mentally challenged man picked up a big stone and engaged the young man in a brief hot pursuit.

However, three LASTMA officials who were positioned at a traffic junction also took to their heels thinking he wanted to attack them.

People who are genuinely happy are not on social media